Micki Recchuiti graduated with two undergraduate degrees in geology and anthropology from Western Carolina University in North Carolina. While at WCU she worked with Dr. Amy Fagan on lunar regolith breccia meteorite classification. Micki currently works as a graduate student with Dr. Molly McCanta at University of Tennessee Knoxville on constraining water abundance and distribution in volcanic glass beads from Hawaiian fire-fountain beads, pillow basalts, and ANGSA glass beads via FTIR analyses. This work intends to define degassing of water from the melt during ascent and eruption and elucidate any links between oxidation state and degassing in lunar and terrestrial samples as a part of the SCARAB team.

Lucy is a first-year PhD student working on lunar volatiles with Professor Mahesh Anand and Dr Ian Franchi at the Open University in the UK. Lucy is from the northwest of England and graduated with a Master’s in Earth Science from the University of Manchester in 2017, after completing a master’s project focusing on the classification and petrology of Luna 20 impact melt breccias with Dr Katie Joy. She started her PhD in 2020 and is currently working on non-conventional methods to constrain the cosmic ray exposure (CRE) ages of lunar samples, alongside measuring the abundance and isotopic composition of volatiles in apatites and nominally anhydrous minerals (NAMs).

Cato spent the majority of his time growing up in Chapel Hill, North Carolina in a relatively mobile household of engineers and went on to get a degree in geosciences at Western Carolina University.  At WCU, he spent three years working as a paid research assistant on the department’s hydrological research station, and conducted independent research on the bulk chemistry of and type II chondrules within the CM chondrite Jbilet Winselwan under Dr. Amy Fagan.  In 2016 he was an LPI intern working with Dr. Justin Simon (AGSA Team Member)where he manually cataloged the size distribution of chondrules in a primitive ordinary chondrite.  He finished his undergraduate degree in 2017. He continued his studies as a graduate student at the University of New Mexico under Dr. Zach Sharp where he has been using continuous-flow mass spectrometry to measure the bulk hydrogen isotope ratios of equilibrated ordinary chondrites. He will use this approach for analyzing samples in the Apollo 17 drill core.

Tony is from a small rural town in North Carolina where he received his B.S in Geology at the University of North Carolina at Charlotte in 2016. He then moved to Albuquerque New Mexico to complete a Ph.D with Zachary Sharp and Chip Shearer working on the non-conventional Cl isotope system in lunar materials. He has since received the NASA AS&ASTAR graduate fellowship working with Justin Simon at NASA ARES to provide a comprehensive bulk, and in-situ geochemical understanding of the sources of volatiles in planetary materials using a variety of non-conventional volatile element, and stable isotope systems. Tony enjoys utilizing a wide array of instrumentation from gas and plasma-source mass spectrometers to SEMs in order to gain a broad understanding of the geochemical evolution of planetary bodies capable of sustaining life.

Giulia has a degree in Earth Sciences from Italy, where she briefly worked on fluvial geomorphology at the Italian National Research Council. In the UK, Giolia obtained a degree in Planetary Sciences with Astronomy at Birkbeck College, University of London, where she worked on testing an automated object detection software for grain-size analysis using MARDI images from MSL Curiosity rover at Gale crater on Mars. Giulia is a PhD student at UCL, studying the formation mechanism of long runout landslides on planetary bodies (Mars, Earth and the Moon). As part of her Ph.D studies, she did friction experiments on anorthosite-bearing gouges using a rotary shear apparatus, as initial work to constrain reduction of friction mechanisms for the Apollo 17 landslide

Danielle is a NASA Postdoctoral Fellow working in the Astrobiology Analytical Laboratory at NASA Goddard Space Flight Center. Her research focus is on investigating the distribution and compound-specific stable carbon isotope compositions (δ13C) of soluble organic compounds in astromaterials. Danielle is originally from Canada and she obtained her Ph.D. in Earth & Atmospheric Sciences at the University of Alberta. Her doctoral thesis focused on investigations of soluble organic compounds (aldehydes, ketones, carboxylic acids, and amino acids) in the Tagish Lake carbonaceous chondrite meteorite. Danielle and her research team at NASA Goddard are searching for these specific volatile compounds in the ANGSA Apollo samples in order to gain insights into their origins and to better understand the potential effects of curation protocols.

Jessika Valenciano is a first year Ph.D, student at the University of Notre Dame working under the guidance of Clive Neal. She was born and raised in southern California where she studied Geology at California Polytechnic University. Pomona. After graduating in 2018, she spent a year as a lab manager and Senor Research Assistant for the Kim Environmental Geochemistry Lab at Chapman University, Orange California.

Zoë Wilbur graduated with her B.S. in Geoscience from the University of Nevada, Las Vegas Honors College in December of 2018. During her degree, Zoë interned at the NASA Johnson Space Center, and investigated the minerals present in aubrite and enstatite chondrite meteorites and evaluated these samples as geochemical mercurian analogs. After graduation, Zoë worked as a contractor at JSC, where she utilized X-ray computed tomography to create 3D representations of meteorites and Apollo samples (a 3D rendering of an Apollo 11 sample can be viewed here: https://ares.jsc.nasa.gov/projects/astromaterials-3d/). As of August 2019, Zoë has joined the University of Arizona’s Lunar and Planetary Laboratory to work toward a PhD in Planetary Science, and she will participate in the coordinated analyses of volatiles in meteorites and ANGSA samples. 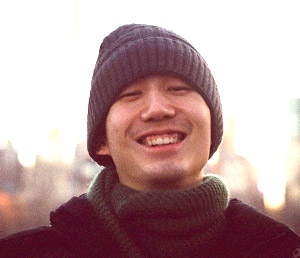 Chris is a second-year graduate student working in Planetary Geology at Washington University in St. Louis. He earned a B.S. degree from Brown University where he focused on planetary remote sensing and spectroscopy. At WashU, he has been working on on petrographic and geochemical analysis and classification of lunar rocks, including lunar meteorites, using electron probe microanalysis and X-ray imaging. He enjoys good food, traveling for good food, and working out to eat more good food. 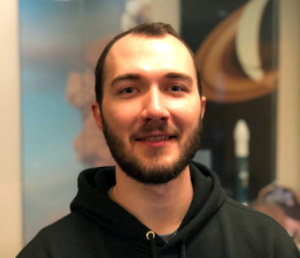 Mason is a third-year graduate student working in Isotope Geochemistry at Washington University in St. Louis. Mason earned a B.S. degree at the University of Wisconsin (Madison). Mason has worked on copper isotope fractionation between silicate, metal, and sulfide liquids in 1-atm and high-T gas mixing experiments, and high temperature evaporation and isotopic fractionation of K, Cu, and Zn. 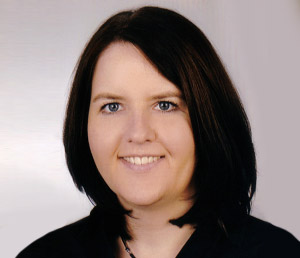 Patrizia is a Postdoctoral Research Associate working in the Noble Gas Laboratory at Washington University in St. Louis. She obtained a doctorate in noble gas cosmochemistry at the Swiss Federal Institute of Technology (ETH Zurich, Switzerland). Her doctoral research focused on analyzing all He-Xe noble gases in lunar rocks. She has studied regolith samples for the noble gas record of lunar surface processing and its timing, and mare basalts primarily for indigenous noble gases. Patrizia is experienced in analyzing noble gases in lunar bulk rocks, mineral separates, and thin sections by a range of degassing techniques from bulk and laser fusion extraction to laser ablation and in-vacuum etching. Together with her team, she will study the noble gases in ANGSA Apollo samples and in the sample gases collected in the sealed vacuum container (CSVC). 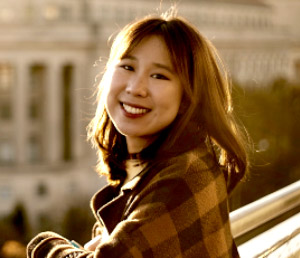 Zhen is a fifth-year graduate student working in Isotope Cosmochemistry at Washington University in St. Louis. Zhen earned her B.S. in geochemistry at Peking University, China, in 2016. She continued her doctoral journey under Dr. Kun Wang since August 2016, where she has been applying high-precision, non-traditional K stable isotope measurements to a spectrum of extraterrestrial materials. Zhen is using the K isotope tracer to compare volatile inventories of differentiated planetary bodies (Earth, Mars, Moon, and asteroid 4-Vesta) in the Solar System to broaden understanding of volatile depletion processes. 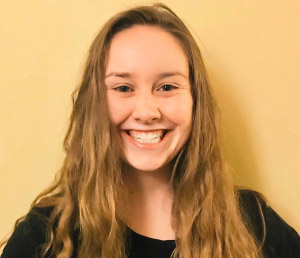 Grace is an undergraduate student majoring in Physics at the University of Virginia, not too far from her hometown in northern Virginia. Along with Physics, she has strong interests in Computer Science, Mathematics, and Astronomy. She has worked in the Ultra-Cold Matter Lab for Peter Schauss at the University of Virginia and is currently modeling the effect of solar-wind ion impact into troilite with Catherine Dukes. For CAAAS, Grace will utilize SDTrimSP-2D to better understand the role of surface roughness in compositional change due to solar-ion irradiation of the Apollo 17 lunar soil samples. 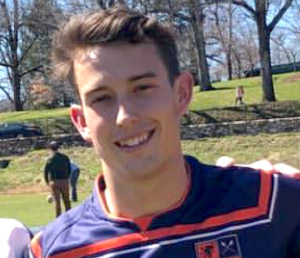 Grant is a second-year undergraduate student studying Physics at the University of Virginia. His previous research includes ideal detection methods of hydrogen-rich deposits in lunar PSRs using spectroscopy-based modeling at the UVA Laboratory for Astrophysics and Surface Physics, with accompanying mission-specific space smart structure and system design. He also conducts modeling research of the strong interaction at low energies and sensitive detector design to investigate the non-perturbative predictions of QCD for the UVA Institute of Nuclear and Particle Physics. For CAAAS, Grant is working with C. Dukes on the design and development of a vacuum transfer vessel for transport of the Apollo soils from JSC to the PHI Versaprobe XPS instrument at UVa. 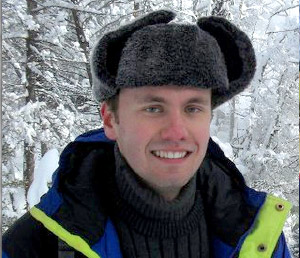 Kamil was born in Poland but moved to the Chicago area when he was six years old. He received his B.S. in Integrative Biology and Chemistry and a minor in Astronomy from the University of Illinois at Urbana-Champaign. He studied metratranscriptomics techniques as applied to microbes in B. Bebout’s laboratory at NASA Ames in 2009, and investigated techniques for quantifying microbial bioburden in spacecraft material under W. Schubert. Kamil studied microbial catalysis of calcium carbonate mineralization in an artificial hot spring for his Bachelor’s thesis under B. Fouke and R. Sanford. He defended his Master’s thesis from George Mason University in 2015, which focused on thermal-chemistry in planetary ices under P. Cooper. He obtained his Master’s in Business Administration from Keller Graduate School of Management in 2018. Kamil is currently pursuing his PhD in Chemistry with C. Dukes and R. Garrod at the University of Virginia, utilizing density-functional theory, X-ray photoelectron spectroscopy (XPS), and thermally programmed desorption (TPD) techniques to identify potential mechanisms to explain amino acid chiral asymmetries in meteoritic materials. For CAAAS, Kamil will be participating in the XPS analysis of lunar soils.