NASA, NRC, and Other Related Resources

Origins, Worlds, and Life: A Decadal Strategy for Planetary Science and Astrobiology 2023-2032

PSD Response to Decadal Midterm
NASA’s response to “Vision and Voyages for Planetary Sciences in the Decade 2013–2022: A Midterm Review”

The Apollo Next Generation Sample Analysis (ANGSA) initiative was designed to examine these pristine samples. Nine teams with over 50 scientists and engineers will participate in this initiative. 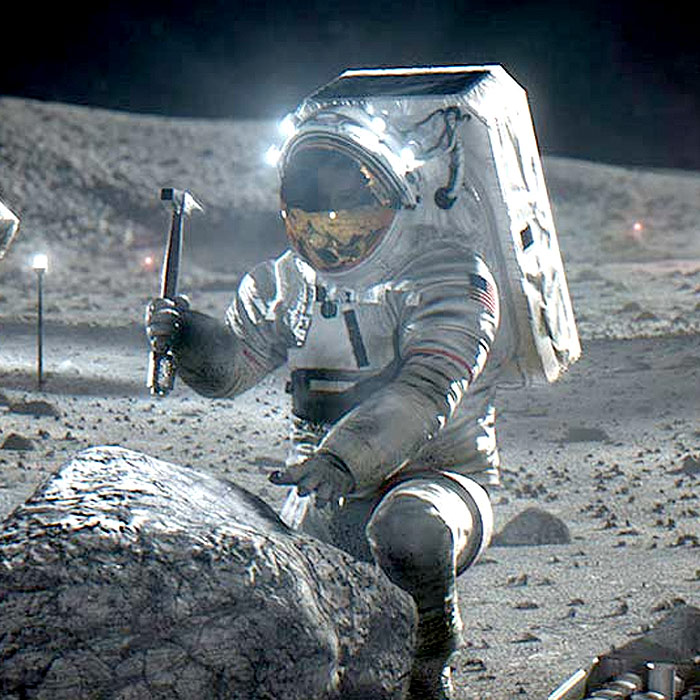 The Science Definition Team was assembled by the Planetary Science Division of NASA’s Science Mission Directorate to provide compelling and executable science objectives for the Artemis III mission, the first human mission to the surface of the Moon in the 21st century.

The Astromaterials Acquisition and Curation Office is responsible for the curation of extraterrestrial samples from NASA's past and future sample return missions. Our mission includes the documentation, preservation, and preparation of samples from the Moon, asteroids, comets, solar wind, and the planet Mars.

Planetary Science Nuggets are powerpoint slides that have been provided to NASA SMD Planetary Science Division by members of the scientific community to highlight important science results or mission activities.

The purpose of Planetary Science Vision 2050 is to identify potential science goals and enabling technologies that can be implemented by the end of the 2040s and would support the next phase of Solar System exploration.

Representatives of the Mercury community contributed to a White Paper on the case for landed Mercury science.

The paper, authored by representatives of the NASA Analysis and Assessment groups, is based on data collected from surveys of the planetary science community and mission leadership.