The LPI’s Cosmic Explorations Speaker Series (CESS) strives to connect the public to the exciting research, missions, and individuals in planetary and space science. 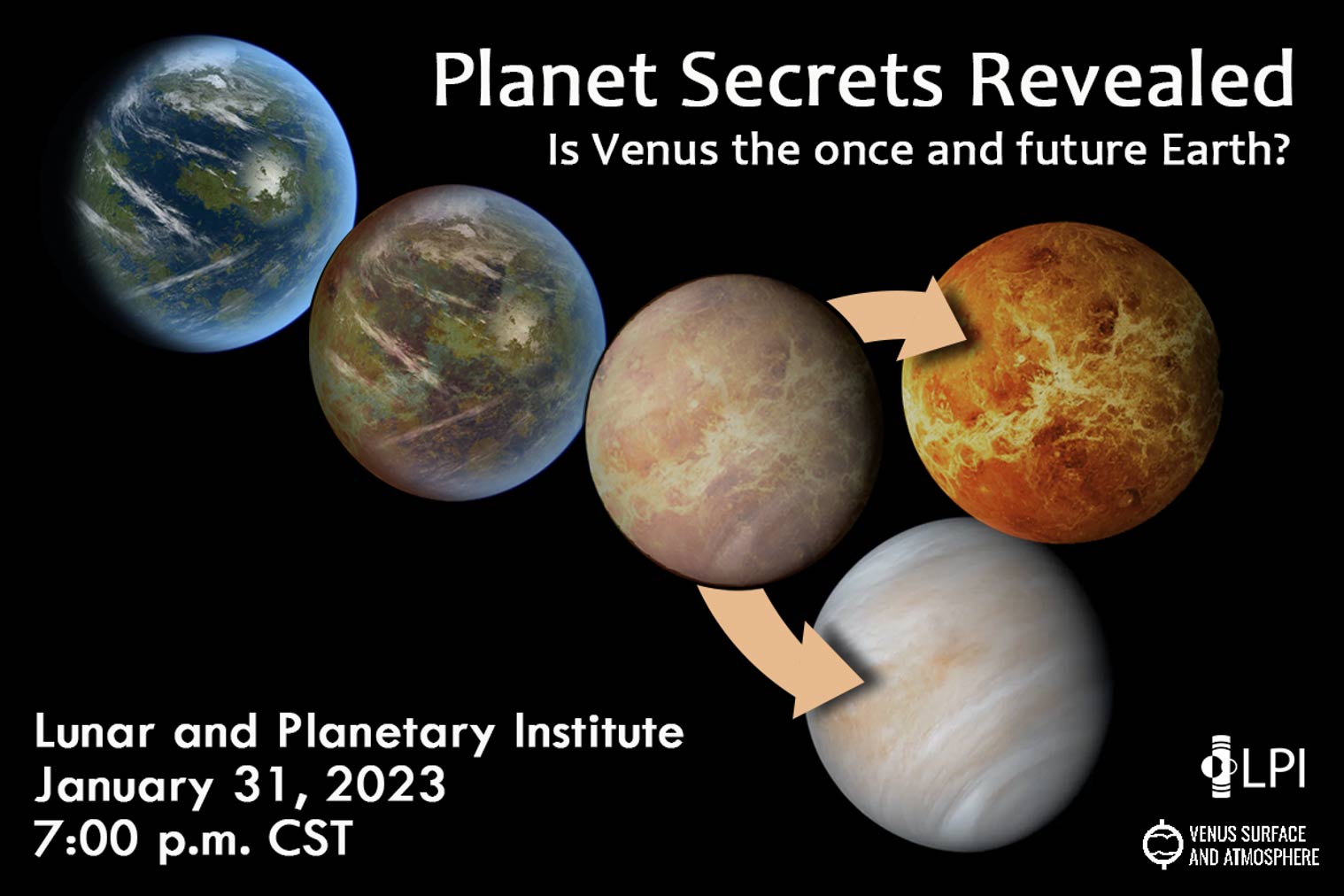 Planet Secrets Revealed: Is Venus the Once and Future Earth?

The LPI will host a public panel discussion on the evening of January 31, 2023, at 7:00 p.m. CST. Join us as planetary scientists debate our current knowledge of the unfolding timeline of changes in Venus’s surface and atmosphere — highlighting similarities to our own planet. This panel will take place in person at the LPI and will be streamed online to the LPI’s YouTube channel. The event is free and open to the public.

Apollo 16 and 17 Retrospective: Doing Geology on the Moon

Dr. Walter Kiefer, Associate Director of the Lunar and Planetary Institute, will look back on the scientific success of the Apollo 16 and 17 missions. He’ll discuss how astronauts conducted geology on the Moon’s surface, why those missions’ particular landing sites were selected, and what was learned about the Moon’s history from samples returned by the missions.

Live and in-person: The DART mission impact into asteroid Dimorphos

Dr. Edgard Rivera-Valentín, a planetary scientist at the Johns Hopkins University Applied Physics Laboratory, will provide a DART mission overview and live commentary as the DART spacecraft approaches and impacts the asteroid.

Recordings of past presentations can be viewed on the LPI YouTube channel and in the Cosmic Explorations Speaker Series archive.