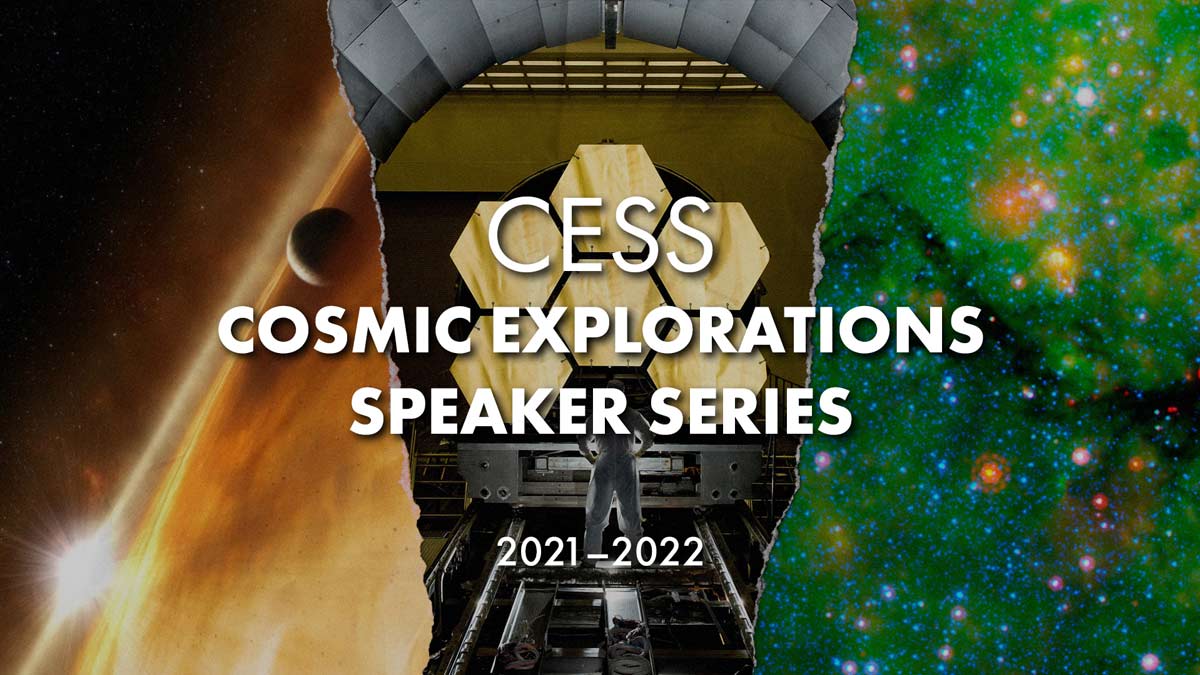 The LPI’s Cosmic Explorations Speaker Series (CESS) strives to connect the public to the exciting research, missions, and individuals in planetary and space science.

In LPI’s 2021–2022 Cosmic Explorations Speaker Series (CESS), scientific leaders guide us through the universe in five thematic lectures focusing on the James Webb Space Telescope (JWST). The premier space observatory of the future, the JWST is an engineering triumph that will reveal the early universe, lifecycles of galaxies and stars, and features of faraway worlds. Presentations will be held virtually on Zoom and LPI’s YouTube channel until further notice.

The Most Powerful Telescope in Space 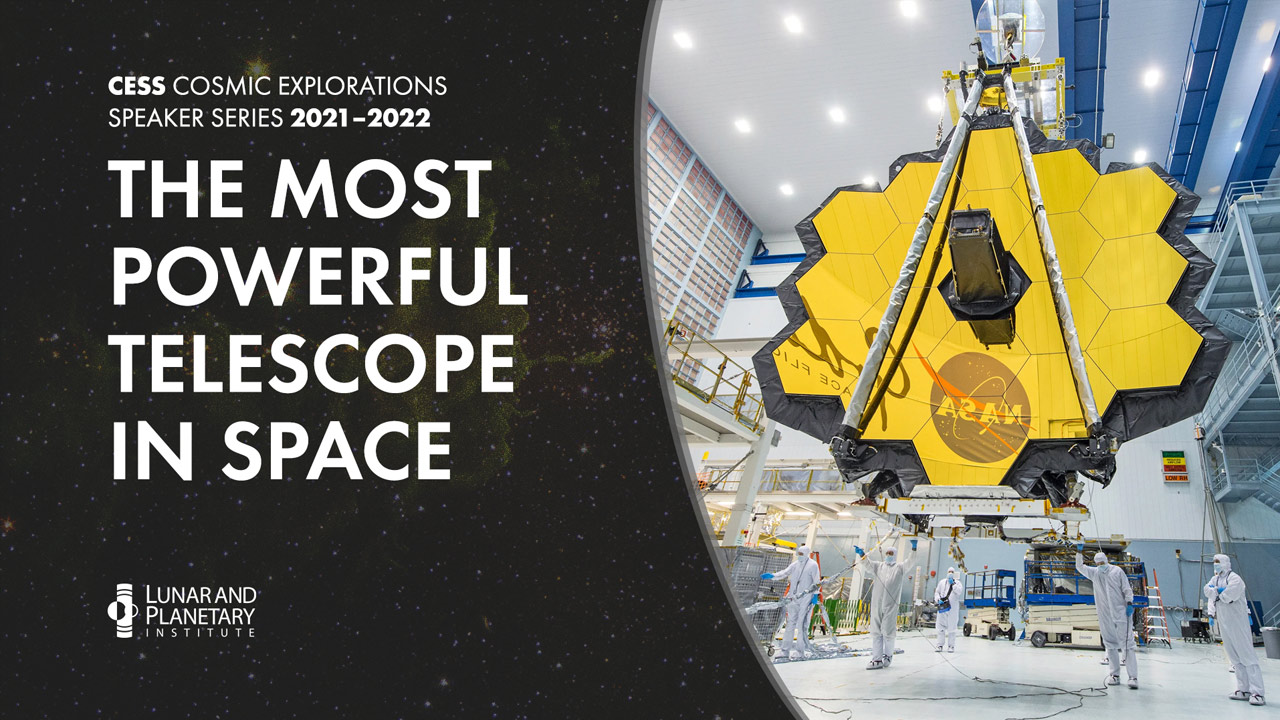 Webb will be the largest, most powerful, and complex space telescope ever built and launched into space. It will fundamentally alter our understanding of the universe. Join us to learn about the plans for the JWST mission, its unique capabilities, and the mysteries that it will illuminate. 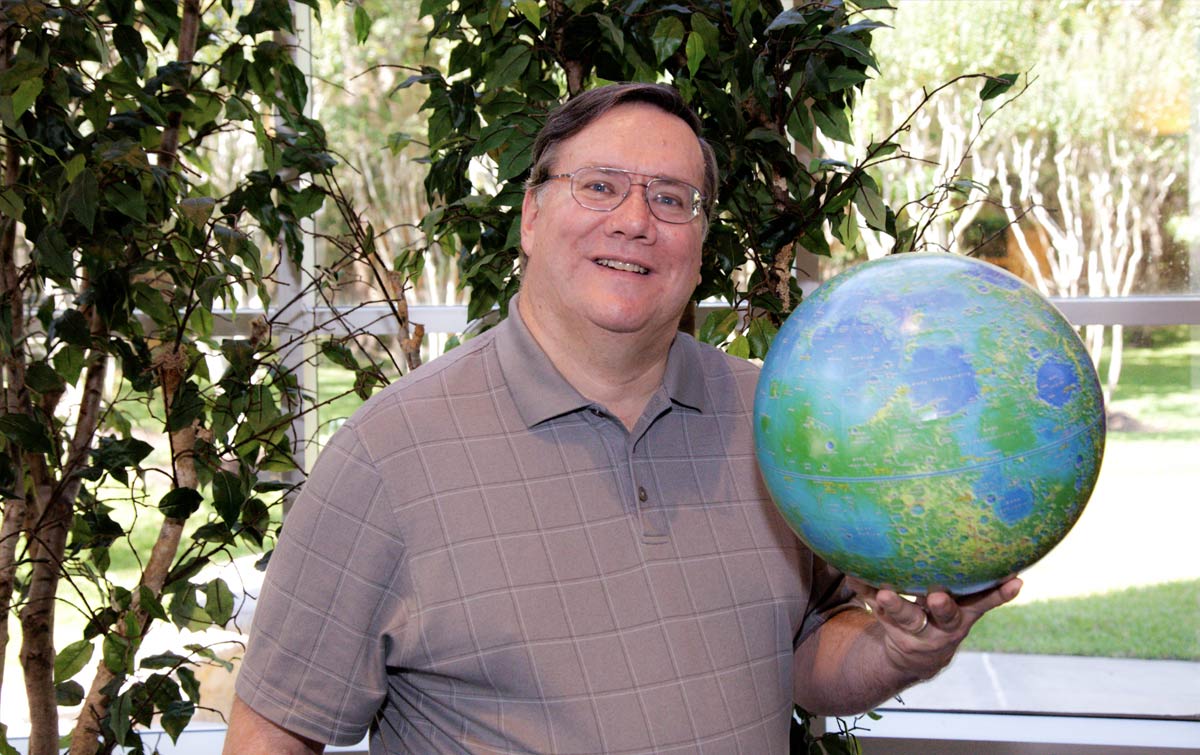 This webinar will be delivered by Dr. Walter Kiefer, the associate director of the Lunar and Planetary Institute. Dr. Kiefer received his Ph.D. in Planetary Science and Geophysics from Caltech. He specializes in studies of the internal structure and evolution of Venus, the Moon, Mars, Vesta, and Io. Dr. Kiefer is a member of the Gravity and Radio Science team for Europa Clipper and of the newly selected DAVINCI mission to Venus.

To celebrate the upcoming launch of the JWST, we will also be holding a VEEPS science program on Saturday, October 30 at 3:00 p.m. CDT. Families and children are invited to join us for virtual demonstrations and activities.

Unraveling the Birth of Planetary Systems

The JWST is primed to unravel the mysteries of the star and planet formation processes. Come hear what we know about how planetary systems form and discover how new observations will revolutionize our understanding of the processes that shaped Earth and the solar system.

The JWST will gather fundamental new data about the characteristics of planets orbiting stars far beyond our solar system. Join us to explore what we know about exoplanets and the fundamental questions that confound us.

Investigating the Origins of Life

Webb’s instruments will study the atmospheres of planetary bodies in our solar system and beyond, providing clues about the potential for these other worlds to support life.

The JWST abilities will complement NASA’s ongoing planetary missions. Join us to hear how Webb’s data will provide insight into our understanding of Mars and the outer planets, moons, dwarf planets, asteroids, comets, and more!

This year we’re including additional presentations about diverse and ground-breaking topics in planetary science, from NASA’s return missions to Venus to the psychology of human space travel, which will be held virtually with recordings available online.

The Adventures of OSIRIS-REx: Journey to Asteroid Bennu and Daring Sample Return 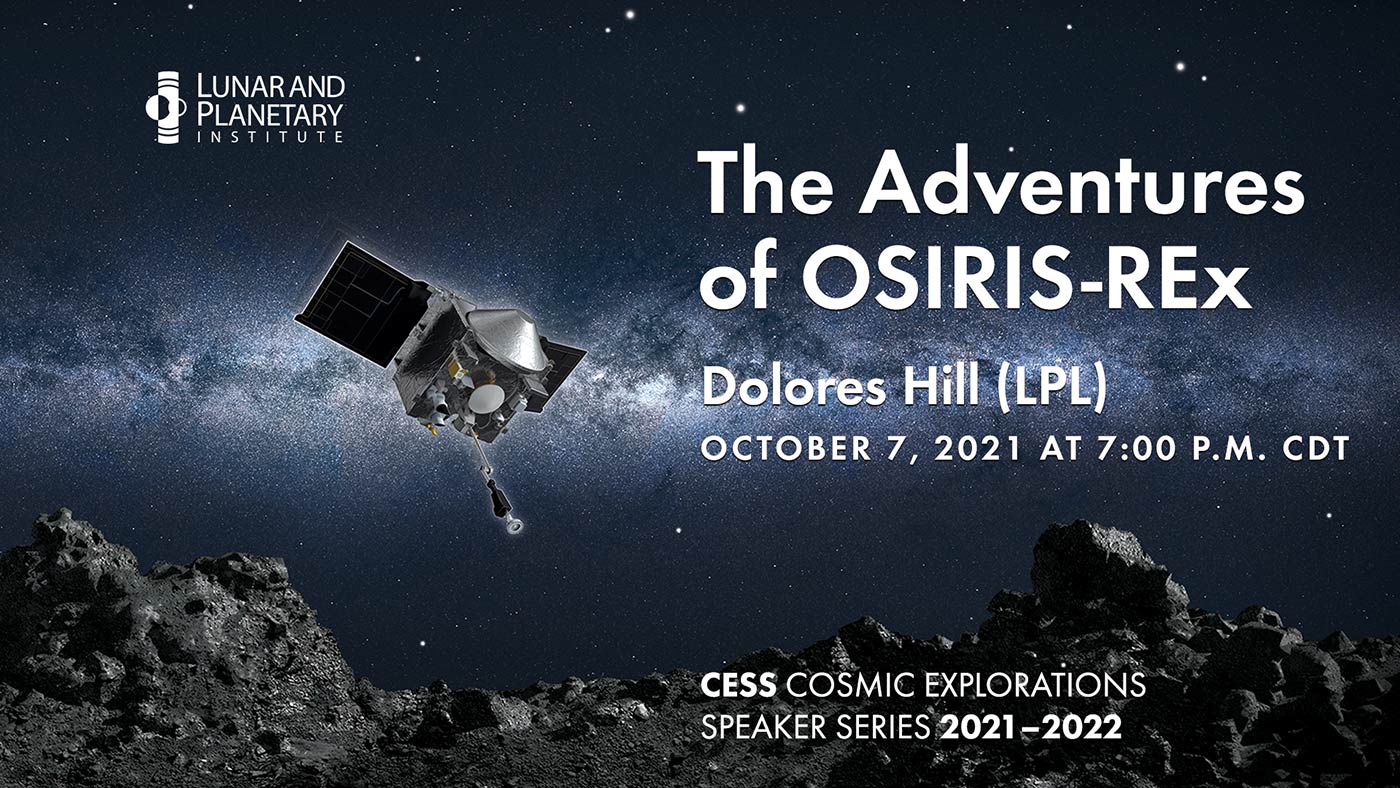 In the year 2135, the asteroid, Bennu, will make a close approach to Earth. Although this near-Earth object will not pose a danger to our planet at that time, Bennu is considered a Potentially Hazardous Asteroid (PHA). In 2016, NASA sent the OSIRIS-REx spacecraft to Bennu. After spending more than two years gathering critical information about the asteroid, OSIRIS-REx is now on its way home, carrying a precious sample of rock and dust from Bennu’s surface. Join us for our first edition of CESS+ to hear from Dolores Hill about how OSIRIS-REx is advancing planetary defense and our understanding of the solar system. 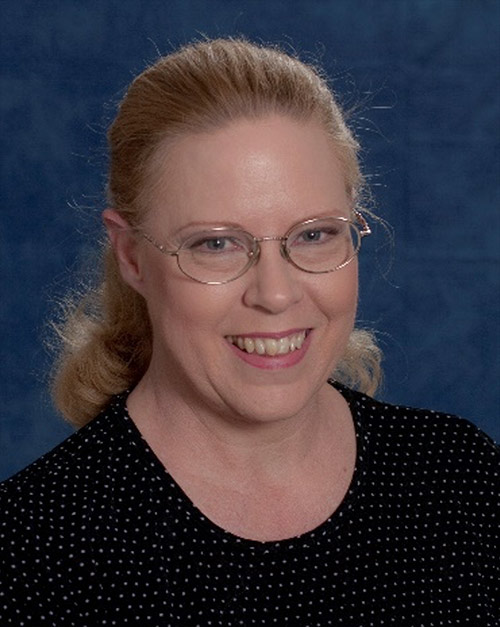 Dolores Hill is a Senior Research Specialist at the University of Arizona’s Lunar and Planetary Laboratory (LPL). Since 1981, Dolores has analyzed a wide range of meteorites, provided technical support, and participated in public outreach for space missions and for Arizona’s LPL laboratories. Dolores currently works with sample teams for NASA’s OSIRIS-REx mission and coordinates Arizona’s LPL outreach activities and the Astronomical League’s Target NEOs! observing program. Dolores has a lifelong interest in amateur astronomy. Near-Earth asteroid (164215) Doloreshill is named after her.

Mapping the Interior of Mars

Recordings of past presentations can be viewed on the LPI YouTube channel and in the Cosmic Explorations Speaker Series archive.