Next Generation Science Standards:
HS-ESS1-6. Apply scientific reasoning and evidence from ancient Earth materials, meteorites, and other planetary surfaces to construct an account of Earth’s formation and early history.

Children analyze and discuss candy bars with the same terminology used by geologists to study rocks from space.

What’s the Point? Materials For the Facilitator For Each Group of 10 Children

Individually wrapped chocolate candies and/or granola bars that mimic meteorites such as:

For example: Nestle Crunch™ would be described as follows:  The outer layer is a thin coat of light brown material (i.e., chocolate) and there are light-colored round chunks inside (i.e., puffed rice). 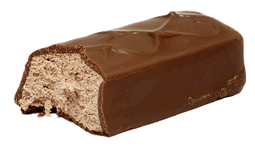 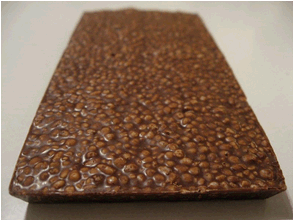 Facilitator’s Notes:  This activity highlights the process of science. Observation, description, and characterization / classification of objects are important components of how science is actually done.
Conclusion

Meteorites provide windows into the very beginnings of our solar system delivered to us – we don't even have to go into space to get them! They can have an impact on life, including causing extinctions, so scientists want to learn as much as they can about these rocks. They study them and describe them using terms like the ones just used in the activity.