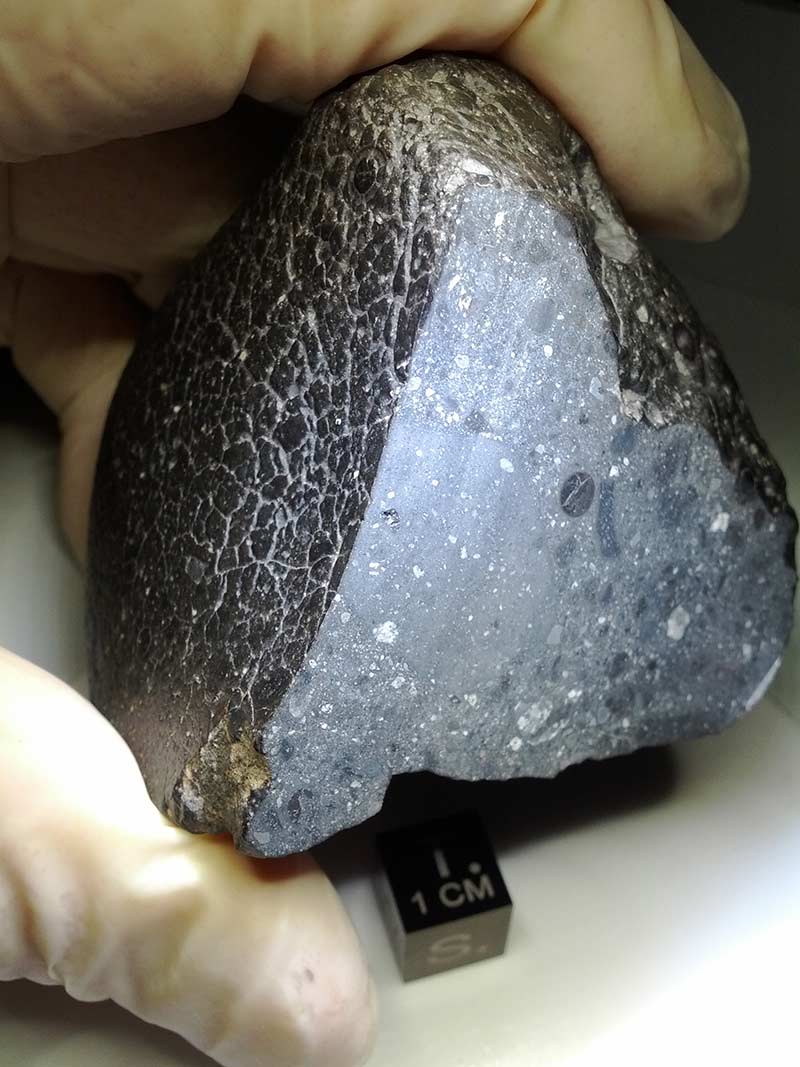 Analyze and compare rocks to identify which ones might be actual meteorites.

Next Generation Science Standards:
HS-ESS1-6. Apply scientific reasoning and evidence from ancient Earth materials, meteorites, and other planetary surfaces to construct an account of Earth’s formation and early history.

Facilitator’s Notes: This activity highlights the process of science. Observation and classification of objects are important components of how science is actually done; participants may struggle with different interpretations of their observations. Making observations and sharing their interpretations are more important than being “right” or “wrong.”

Facilitators are welcome to share which rocks scientists might classify as meteorites after the children have reached their conclusions.

Thank the children for their research! Ask whether it was easy to determine which samples were meteorites, and whether they were surprised by their findings.

Share that sometimes even scientists make mistakes about which rocks are meteorites; they sometimes need to slice open the rocks and look at them under a high-powered microscope to really tell.

Meteorites are samples of asteroids, planets, and moons, and that scientists use these valuable pieces of evidence to understand our solar system.

Consider following up with other activities, such as the Space Rocks game.

Additional Background Information for the Facilitator

Meteorites – rocks from space - have been found all over the Earth. But because they are rocks, it’s sometimes hard to tell if a certain rock is a meteorite.

Meteorites often are heavy for their size because they can contain large amounts of iron. Because of this, they also attract a magnet.

Meteorites often have a dark brown or black glassy crust – the fusion crust – that forms as the rock is heated by friction in Earth’s atmosphere as it falls to Earth’s surface. The outer part of the rock actually melts!

The inside of the rock is gray to black but can be tan if it has weathered (been exposed to rain and wind and air). Meteorites do not have any visible fossils. Some meteorites – like those from Mars - are similar on the inside to Earth rocks – but the fusion crust is the “give-away.”