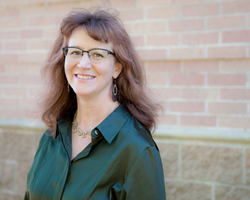 Ms. Shupla manages the LPI Education and Public Engagement staff, assisting with all of the program efforts. She joined LPI education team in October 2005, and has led a variety of its programs, including professional development and materials development for out-of-school time programmers, librarians, teachers, and informal science educators. She leads LPI's scientist engagement e​f​f​o​r​t​s​ ​, providing professional development and resources to assist planetary scientists in their efforts to share their science with public audiences. She was the principal investigator for the Sustainable Trainer Engagement Program (STEP). She holds a Bachelor of Arts in Astronomy from the University of Texas in Austin, and a Master of Arts in Curriculum & Instruction from the University of North Carolina at Chapel Hill.

Shupla, C., Hawkins, I., Hernandez, B. A., Peticolas, L. (2018) Authentic Partnerships for Engaging Diverse Audiences, presented at the Astronomical Society of the Pacific Conference.

Shupla C. (2016) Planetary exploration in science education. The Universe in the Classroom 90, 1–6. 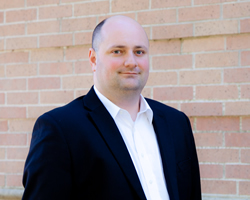 Mr. Shaner is the Public Engagement Lead at the Lunar and Planetary Institute. He is responsible for the implementation of LPI’s public engagement programs, such as the Cosmic Explorations Speaker S​e​r​i​e​s​ , Sky Fest and use of LPI’s digital portable planetarium. Since joining LPI in July 2009, he has been involved in multiple education projects including professional development experiences for early career scientists, teachers, public librarians, and camp professionals as well as educational experiences for the public. Mr. Shaner is the education lead for the LPI-JSC Center for Lunar Science and E​x​p​l​o​r​a​t​i​o​n​​. In this capacity, he has managed an authentic, lunar/asteroid research program for high school students (​E​x​M​A​S​S​) and has developed content for small, portable traveling exhibits intended for small l​i​b​r​a​r​i​e​s​ ​. He also serves on the Coordinating Committee for International Observe the Moon Night as the Partnerships Lead. Mr. Shaner holds a B.A. in Secondary Education from Wichita State University and a M.A. in Teaching and Teacher Education with a minor in planetary science from The University of Arizona. As a graduate student, he worked in the education program for NASA’s Mars Phoenix m​i​s​s​i​o​n​ and was a two-time NASA/University of Arizona SpaceGrant Graduate Fellow. Following graduate school, he taught high school physics and Earth and space science for one year before coming to LPI.

Ms. Webb is a high-energy education specialist, coming to LPI with 7 years' experience as a pioneer educator. Working closely with her team and audiences, Ms. Webb strives to infuse technology into her programs. She assists with all of LPI's public engagement efforts and leads LPI's portable planetarium loan program. Her knowledge and experiences, down-to-earth style, and empowering messages have made her a valuable speaker. Ms. Webb has a Bachelor of Science in Chemistry from Jarvis Christian College, where she is a guest lecturer. She is honored to be a Solar System Ambassador, NASA Network of States Train-the-Trainer and a TEX2 Teacher Extern, and in 2017 was named Fan Favorite Teacher of the Year for Houston Independent School District.

Sha'Rell Webb in the News

Fan Favorite Teacher of the Year 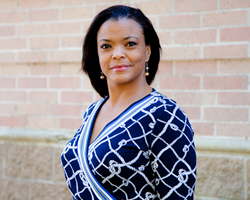 I have been with the LPI since September 2010. I assist with all the administrative duties for the education team. I assist with the coordination of meetings, purchasing, and agreements. I also support the team in the preparation of workshops, acquisitions, and shipping of materials, and am the liaison between our team and other departments. I enjoy working with everyone on the education team and am excited about my contribution to the team's space science goals.