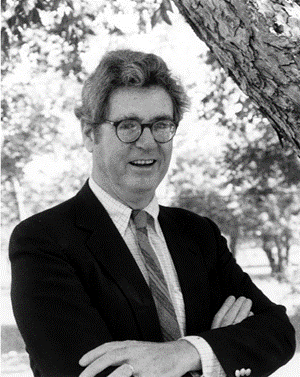 Kevin Charles Antony Burke, 88, of Rockport, Massachusetts, passed away peacefully on March 21, 2018. An award-winning geologist, Burke was considered by many to be a leading expert in the application of plate tectonics to continental geology. He served as Director of the Lunar and Planetary Institute (LPI) from 1982 to 1988.

Burke was born on November 13, 1929, in London, England, but became a naturalized U.S. citizen in 1979. He attended University College in London, where he received his bachelor’s degree in science with a specialization in geology in 1951, then went on to earn his Ph.D. from the University of London in 1953.

The concepts of continental drift and plate tectonics may seem like elementary science these days, but in the 1960s, very few geologists had sufficient knowledge of the broad view of the geological behavior of our planet to be able to fully grasp the significance of plate tectonics. While the theory that Earth’s crust is made up of a few massive plates helped explain earthquakes, volcanic activity, mountain ranges, and the movement of continents, most geologists at the time rejected this theory. Burke’s almost-encyclopedic knowledge of Earth’s geologic behavior, combined with his critical, rational approach to the question of what it should be like, propelled him to the forefront of a paradigm shift in the field, leading him to be recognized as one of the foremost experts in the field of plate tectonic theory. He was also one of the first to write about how the collision of the Indian and Asian plates created the Himalayas.

Because the plates move at roughly the rate fingernails grow — approximately 4 centimeters (1.6 inches) per year — Burke’s research took him hundreds of millions of years into the past to understand how plate movements reshaped continents and formed new seas and oceans. Plate tectonics also explained continental drift and how Africa and South America seemed to fit together like a puzzle, outdating previous theories along the way. Burke later extended his work to the exploration of similar geological processes on other planets, from triple-junction rifting and detachment surfaces near the Pele volcano on Io, to a possible comparison between circular structures in China and areas on northern Venus.

We celebrate the life and legacy of one of the greatest geologists of our time, and recognize the tremendous contributions he made. Those of us who were privileged to serve under his directorship at the LPI remember him fondly, and it is our privilege to offer this tribute to a true giant in the field.