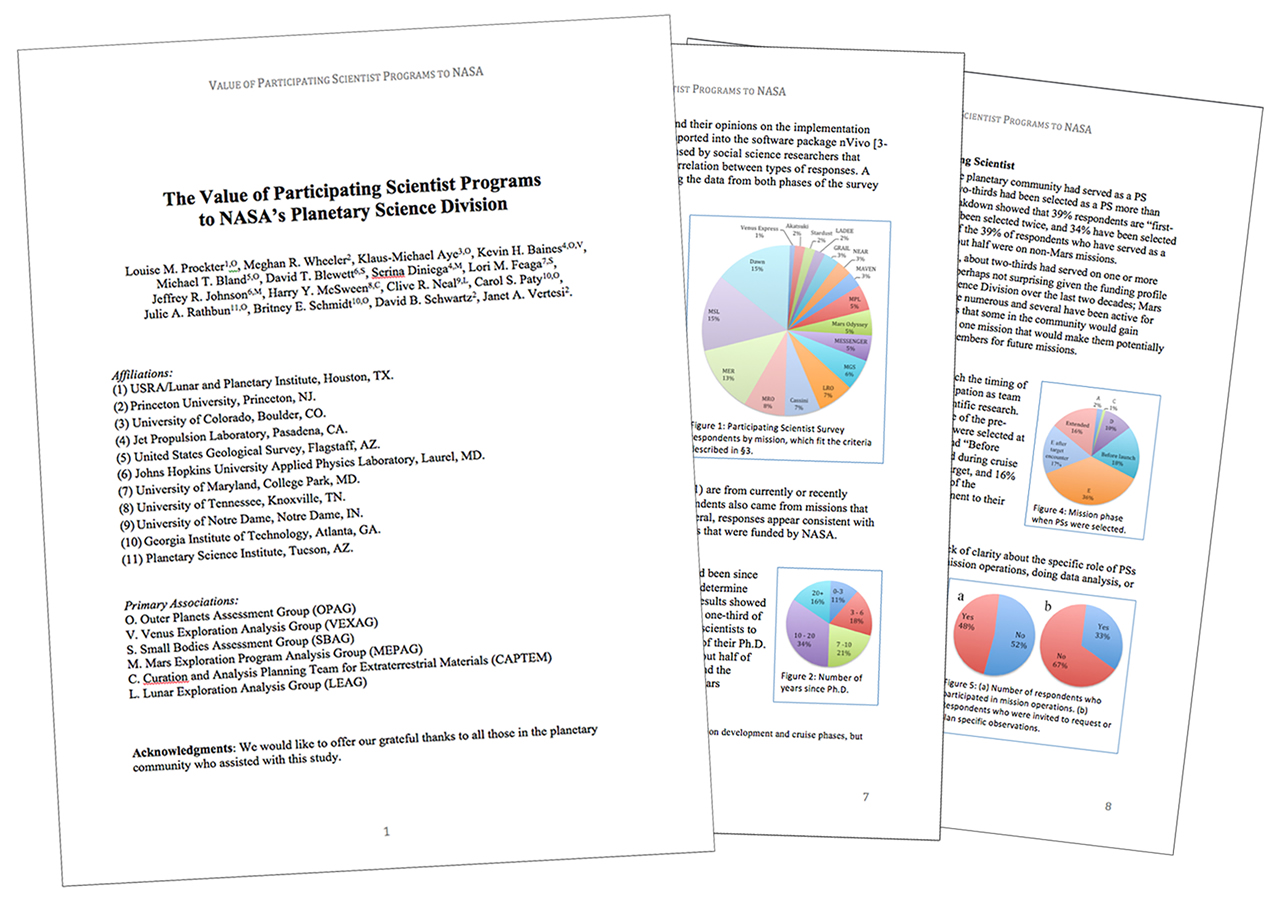 A white paper has been released on the value of Participating Scientist (PS) programs within NASA's planetary mission portfolio. The paper, authored by representatives of the NASA Analysis and Assessment groups, is based on data collected from surveys of the planetary science community and mission leadership. These groups were asked to share their experiences and opinions about PS programs, discussing what worked well, what could be improved, and what the perceived value was to them personally.

Overwhelming support was found for PS programs, which provide significant value in increasing intellectual diversity among a project science team, and hence enhance the mission's science return for NASA. In addition, these programs enhance demographic diversity among teams, and are seen as a valuable opportunity for many in the community who may not otherwise have access to mission participation. PS programs also provide useful career experience, training, and networking opportunities for participants, especially those in the early stages of their careers.

The authors of the white paper conclude that greater consistency in timing and approach could make PS programs even more effective and useful to NASA. Current and former PSs noted difficulties regarding their integration onto some project teams, a lack of transparency regarding the duration and timing of funding, and a desire to get more involved in mission operations. Mission leaders noted the benefits in bringing PSs onto the project earlier in the mission timeline, and the need for open communication with NASA in order to preclude overlap with existing team research.

As a result of this feedback, the white paper's authors make eight recommendations to NASA regarding the timing, scope, and funding of PS programs, and suggest that they should be included on every planetary mission.

The full report can be found here: