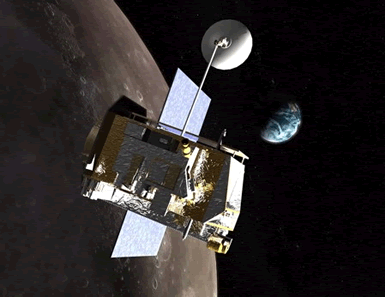 LAMP is one of several scientific instruments that resides on the LRO. LRO is the first step in NASA's plan to explore the Moon and ultimately return human beings to it. The primary goal of LAMP is to look for water ice in permanently shadowed regions on the Moon. This will help determine the best spot for a human base because water is a valuable  resource there.

Dr. Liu will investigate the photometric properties of the Moon at far-ultraviolet (FUV) wavelengths using LRO LAMP data. Developing a more accurate photometric function for LAMP data is important to improve existing interpretations of the hydration and space weathering on the Moon. He will also examine spatial distribution of surface changes caused by new impacts to better understand impact processes on the Moon. He will use LAMP FUV data to investigate the cold spots, which are one of the most striking features identified by the Diviner instrument to help understand the rate of optical maturity on the Moon. Lastly, he will study the space weathering effects on lunar pole- and equator-facing slopes to determine which processes (i.e., solar wind implantation vs. micrometeoroids bombardment) play major roles in space weathering on the Moon.