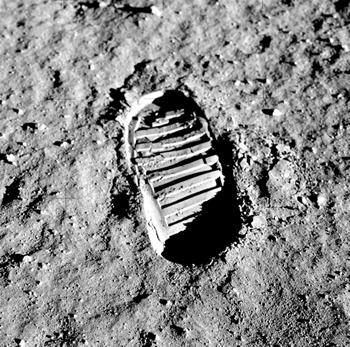 To celebrate the 50th anniversary of the first Apollo landing, the Houston Chronicle has been exploring the history of lunar exploration with the Mission Moon series. LPI staff scientist and researcher Dr. Julie Stopar contributes to this story and discusses the composition of the Moon. Dr. Stopar uses the Lunar Reconnaissance Orbiter Camera to get a closer look at the lunar surface, both to learn about the Moon’s history and evolution, as well as to plan for future exploration.

Read the full article: Ever wonder what the moon is made of? Not cheese but lava, minerals and chalky debris

Explore other stories in the Houston Chronicle’s Mission Moon series