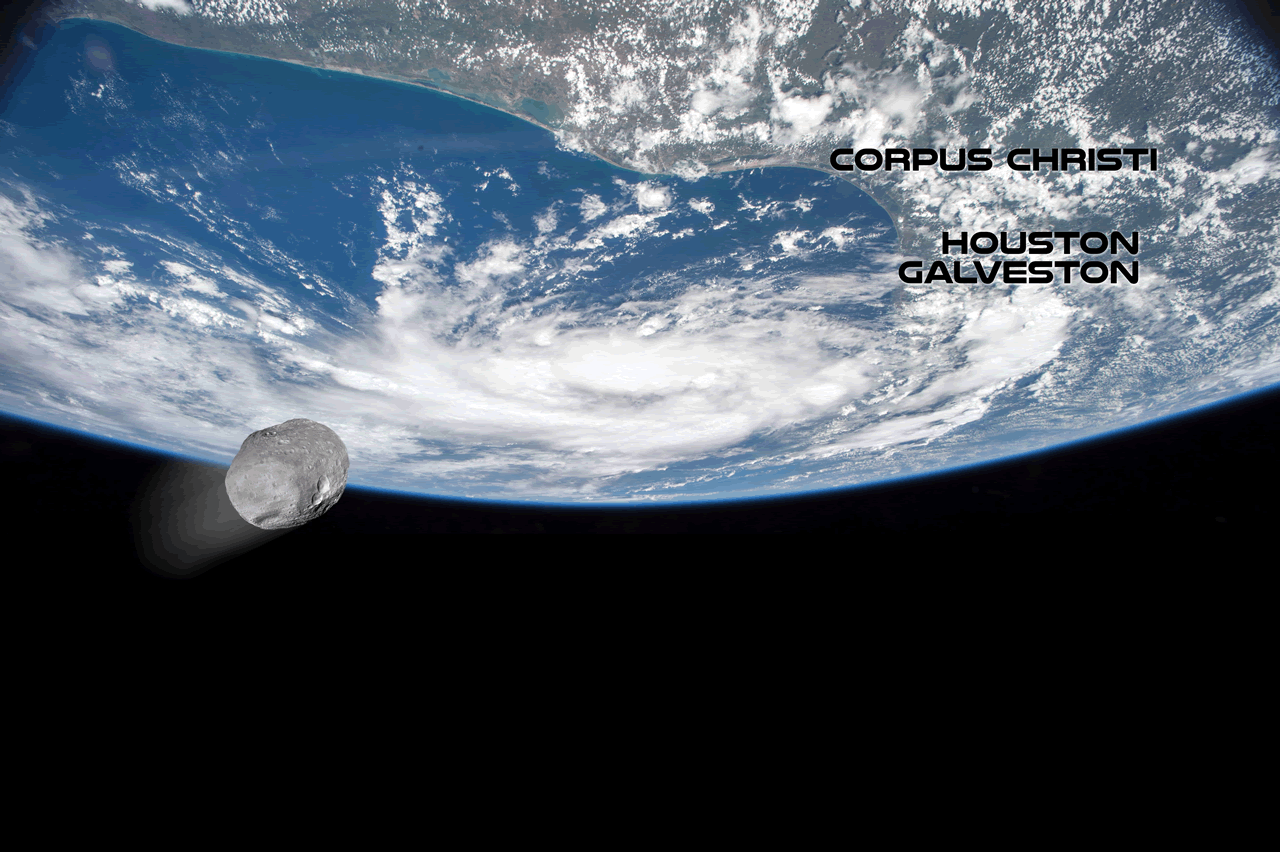 A hypothetical asteroid over the Gulf of Mexico approaching the Texas coastline. Background Image ISS-044-E-001198

Dr. David Kring, a senior staff scientist at the Lunar and Planetary Institute, will present “Impacting Asteroids of Texas” on the eve of International Asteroid Day at the Houston Museum of Natural Science.

Kring will describe the magnitude of the persisting threats of asteroids today, and the steps we might take to mitigate these types of calamitous events in the future. This year’s presentation adds a Texas twist, reviewing impacting asteroids that have struck the Lone Star State.

The lecture will be held in the Burke Baker Planetarium on Thursday, June 29, 2017, at 6:30 p.m. Tickets are available for purchase. The Houston Museum of Natural Science is located at 5555 Hermann Park Drive, Houston TX 77030.

For more information or to purchase tickets, visit: