The scene combines 112 images taken with Mastcam's left-eye camera on Feb. 5, 2017, during the 1,601st Martian day, or sol, of Curiosity's work on Mars. The panorama has been white-balanced so that colors of the rock and sand materials resemble how they would appear under daytime lighting conditions on Earth. The center is toward east-southeast and both ends are toward west-northwest. The dark butte on the horizon in the left half is "Ireson Hill." Upper Mount Sharp is on the horizon in the center. Credit: NASA/JPL-Caltech/MSSS

The feature was informally named in 2017 in memory of Nathan Bridges (1966-2017), a planetary scientist who was a leader of the Curiosity team's dune campaign. Bridges was an integral part of multiple Mars missions and instrument teams. He was also an associate research professor in the Department of Earth and Planetary Sciences at Johns Hopkins University, where he taught a class and advised graduate students. 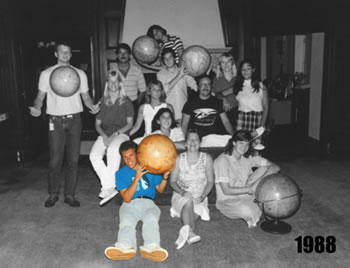