LPI | In The News

Ten high school teams were selected from across the nation to participate in the Exploration of the Moon and Asteroids by Secondary Students (ExMASS) program managed by the Center for Lunar Science and Exploration (CLSE), a joint effort between the Lunar and Planetary Institute and NASA Johnson Space Center. ExMASS is funded by NASA’s Solar System Exploration Research Virtual Institute (SSERVI). 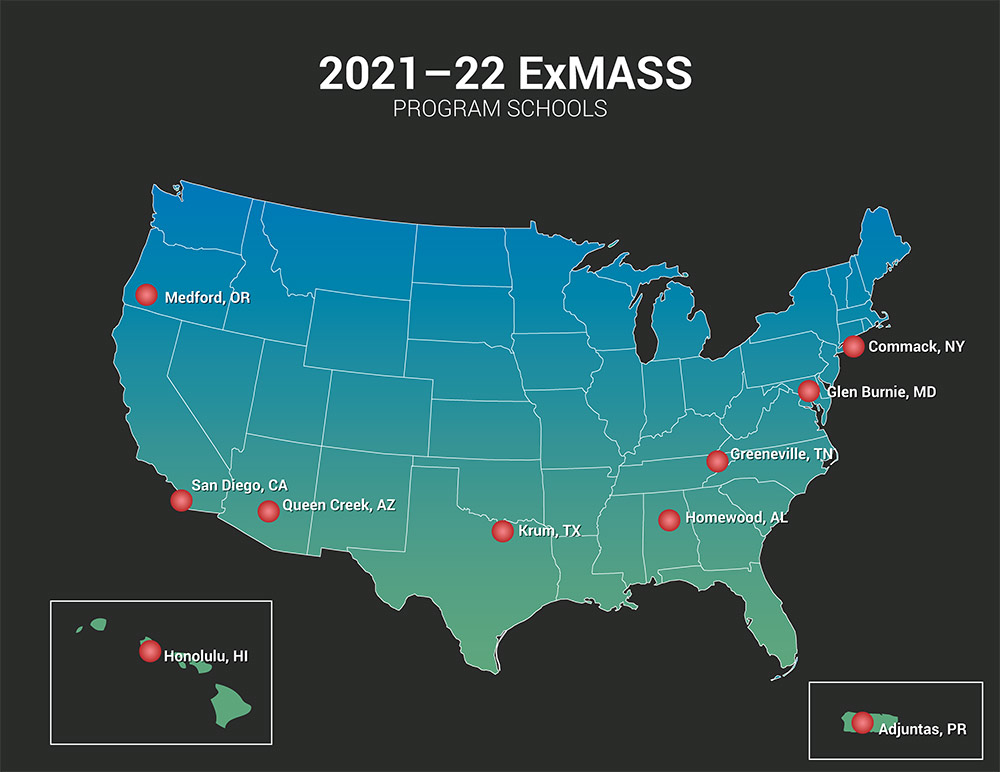 Ten high schools have been selected to participate in the 2021–2022 ExMASS program.

Working alongside their teachers and a scientific advisor, students conduct original scientific research covering the breadth of NASA SSERVI science and exploration goals.

Students will spend the first six to eight weeks engaged in a guided inquiry activity, Moon/Asteroid 101, in which they learn about lunar and asteroid science. Topics include the formation, evolution, and geology of the Moon and asteroids. In addition, students explore data sets from lunar spacecraft missions and asteroid missions. At the end of this activity, students use their newfound knowledge to characterize the geology of three areas of the lunar surface and asteroids.

The remainder of the experience is dedicated to researching a lunar or asteroid topic selected by the students and guided by a scientist advisor. After their research has concluded, students create a conference-style poster reviewed by a panel of judges. The top four teams present their research to the panel, and the judges select one team to present their poster during the NASA Exploration Science Forum (ESF) held annually in the summer.

Between 2014–2018, more than 200 students from 22 states participated in the ExMASS program and produced 16 student poster presentations that were displayed at the ESF. Of the 16 poster presentations, five received awards or honorable mentions in the ESF Student Poster Competition held each year.