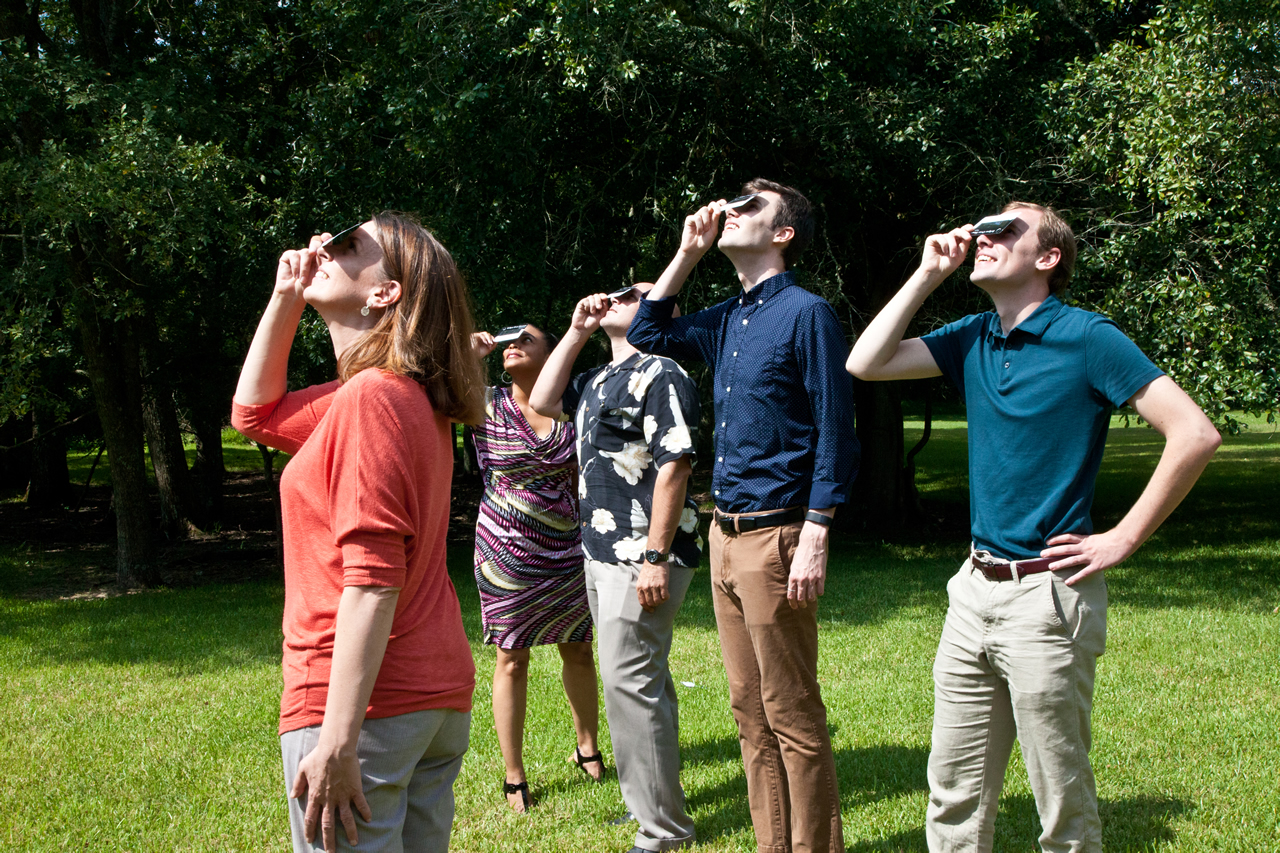 On that day, the Moon will pass directly between the Earth and sun, casting the Moon’s shadow on the continental United States from coast to coast for more than 90 minutes. This is the first total solar eclipse visible over the U.S. since 1981 and the first since 1918 to be seen coast to coast, nearly 100 years ago. Houston will experience a partial solar eclipse, with nearly 70 percent of the sun being covered by the Moon. This eclipse will occur at approximately 1:20 p.m. local time.

Join scientists and educators from the LPI, and your community to witness this historical event which is sure to be talked about for many years to come. Safe, solar viewing glasses will be available at both Levy Park and the Freeman Library. The LPI reminds folks never to look directly at the sun without proper viewing equipment.

Additionally, there is an art contest to celebrate Eclipse over Houston. Art contest entries are due Aug. 8. Winning artwork will be displayed during the Aug. 21 solar eclipse events at both Levy Park and the Harris County - Freeman Branch Library.