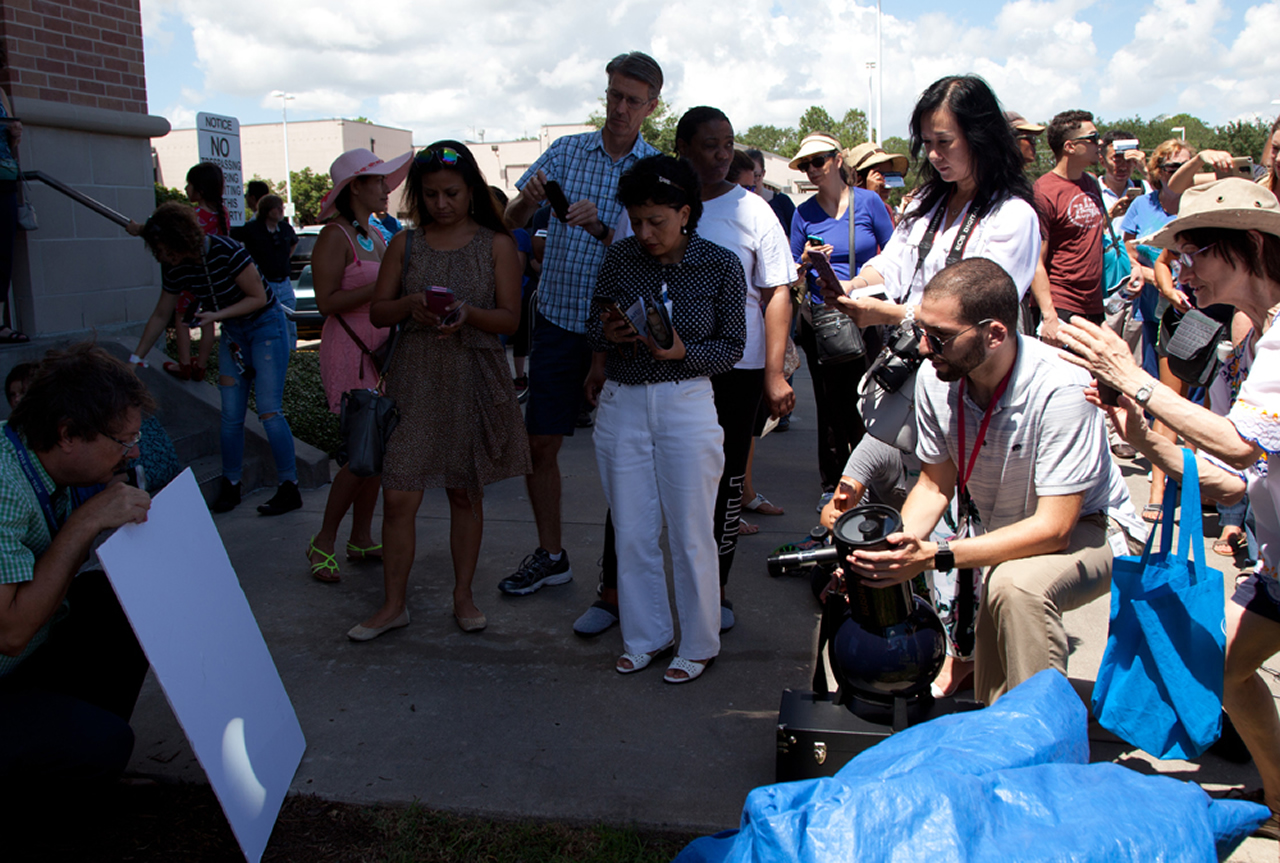 Dr. Jonathan Kay, LPI Postdoctoral Fellow, aligns a telescope to project the Sun during the eclipse at Freeman Branch Library.

On that historic day, the Moon passed directly between the Earth and sun, casting the Moon’s shadow on the continental United States from coast to coast for more than 90 minutes. This was the first total solar eclipse visible over the U.S. since 1981 and the first since 1918 to be seen coast to coast, nearly 100 years ago. Nearly 6000 spectators in the Houston area came out to witness the partial solar eclipse at Levy Park and Freeman Branch Library. Houstonians were treated to nearly 66 percent of the sun being covered by the Moon. The eclipse began at 11:46 a.m. local time and the maximum coverage peaked at 1:16 p.m. 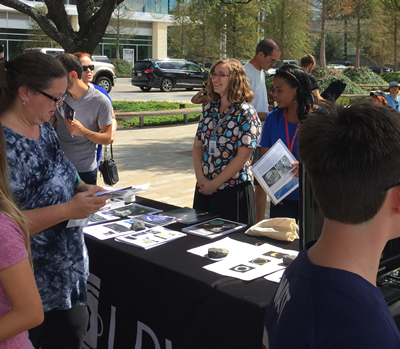 Scientists and educators from the LPI were on hand to answer questions about the eclipse and the solar system. NASA’s live broadcast of the solar eclipse in the path of totality was also shown. Safe, solar viewing glasses were distributed at both locations. Binoculars or telescopes were also available for close up viewing of the eclipse. LPI and the Freeman Branch Library staff showed visitors how to make eclipse viewers using cereal boxes. The Astromaterials Research and Exploration Science Directorate brought Moon samples.