[an error occurred while processing this directive] (none) 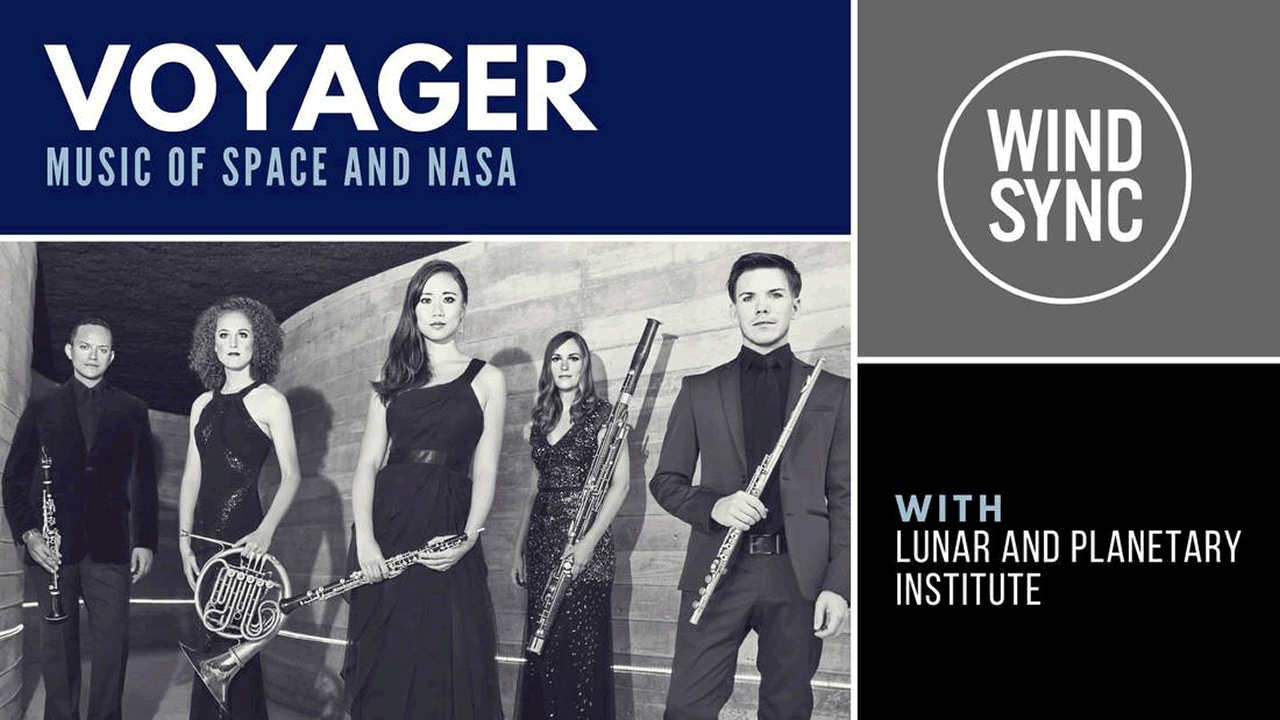 The program commemorates the 40th anniversary of NASA’s Voyager interstellar mission which carried the sights and sounds of Earth into the solar system and beyond. Windsync will perform music included on the Voyager Golden Records, interspersed with audio recordings of natural events and projected images. The quintet will also share cosmically-inspired classical music from a time when space travel was only a dream, including Offenbach’s “Overture to a Trip to the Moon” and excerpts of “The Planets” by Gustav Holst.

The musical celebration will also feature a mini-lecture from Schenk who was an intern during the Voyager 2 Jupiter encounter and now is a participating scientist for NASA’s Dawn and Cassini missions and works as a co-investigator for the New Horizons mission to Pluto. He will introduce the Voyager mission, discuss its major scientific and philosophical advances, and share some of the “music” that it has sent back to Earth in the form of data.

Tickets for the lecture are available at the MATCH website. MATCH is located at 3400 Main Street, Houston TX 77002.

For more information or to purchase tickets, visit