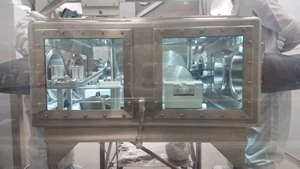 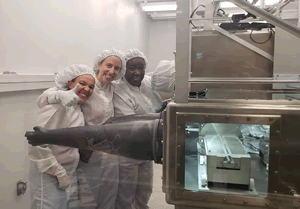 On November 5, scientists at NASA’s Johnson Space Center (JSC) opened untouched samples brought back from the Moon during the Apollo era. The rock and soil samples will be studied as part of the Apollo Next Generation Sample Analysis (ANGSA) initiative, which is leveraging advanced technologies to study Apollo samples by using new tools that were not available when the samples were originally returned to Earth.

The ANGSA initiative is being co-led by Dr. Charles (Chip) Shearer, a visiting scientist at the Lunar and Planetary Institute (LPI). JSC scientist Francis McCubbin is the other co-lead for this initiative. Shearer is also the Principal Investigator for the Consortium for the Advanced Analysis of Apollo Samples (CAAAS), one of nine teams to participate in the ANGSA initiative. This multigenerational and multidisciplinary team will systematically examine samples 73002 and 73001, part of a two-foot long “drive tube” of regolith, collected by astronauts Harrison Schmitt and Gene Cernan from a landslide deposit near Lara Crater at the Apollo 17 site. The ANGSA team is functioning as participants in a low-cost lunar sample return mission. This is a vital link between the Apollo Program and the future exploration of the Moon by the Artemis Program.

“The findings from these samples will provide NASA new insights into the Moon, including the history of impacts on the lunar surface, how landslides occur on the lunar surface, and how the Moon’s crust has evolved over time,” says Dr. Shearer. “This research will help NASA better understand how volatile reservoirs develop, evolve and interact on the Moon and other planetary bodies.” 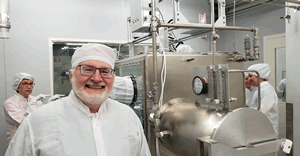 The LPI has a long history of supporting NASA and JSC astromaterials initiatives such as ANGSA and sample return missions. The LPI is playing an essential role in hosting ANGSA scientists and engineers participating in the preliminary examination of these samples.