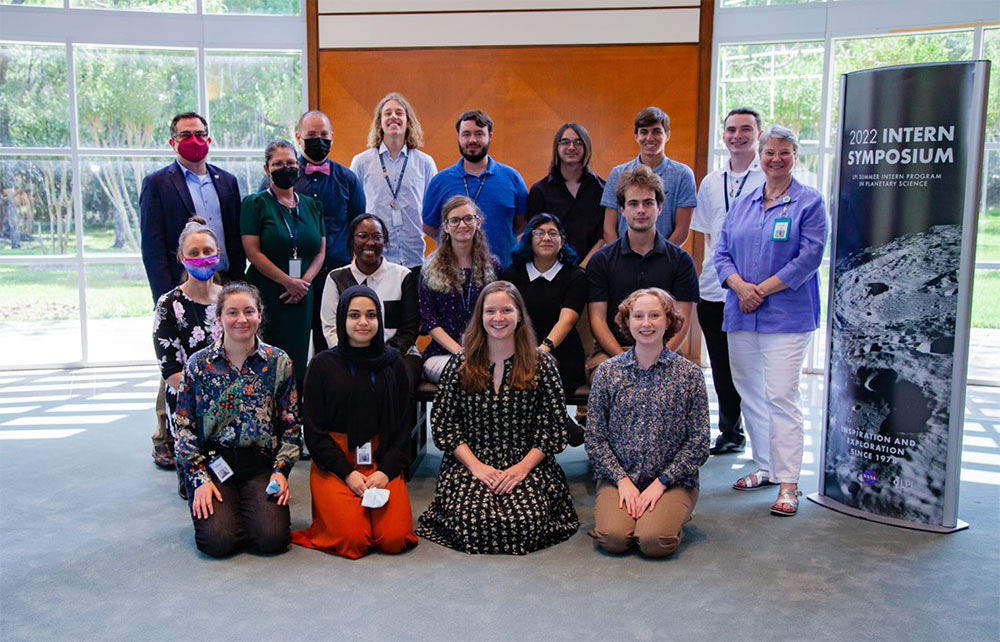 Undergraduates with at least 50 semester hours of credit are eligible. Students with majors in a physical or natural science, engineering, computer science, or mathematics are preferred, but all eligible students will be considered. Applicants will be considered without regard to gender, age, sexual orientation, disability, physical appearance, race, religion, or other protected status.

Selection is based on these criteria:

All online application information must be received by the LPI no later than December 12, 2022, 11:59 p.m., CST. Incomplete or late applications will not be considered. Notification of selection will be made by March 2023. Successful applicants should be prepared to make a decision regarding the offer to participate within two days of notification.

Due to security issues, citizens of U.S. State Department Designated Countries are not eligible. Reference the Designated Country List at this website:   https://www.nasa.gov/oiir/export-control.

Enforcement of the REAL ID Act of 2005
Effective July 21, 2014, NASA Johnson Space Center (JSC) is required to enforce a Department of Homeland Security rule that prohibits the LPI from accepting certain states’ driver’s licenses as official documents to obtain access at NASA JSC. This rule, passed by Congress as part of the REAL ID ACT of 2005, establishes minimum standards for state-issued driver’s licenses and prohibits federal agencies from accepting, for official use, licenses and identity cards from states that have not met those standards. Selected candidates from a state whose driver’s license does not meet those standards can use an alternate form of ID, such as a U.S. passport, military ID, U.S. Coast Guard Merchant Card, or Native American tribal document. For more information on the REAL ID Act, please visit the official website of the Department of Homeland Security.