The Outer Planets Assessment Group (OPAG) was established by NASA in late 2004 to identify scientific priorities and pathways for exploration in the outer solar system. The group consists of a 15-person steering committee, which actively solicits input from the scientific community and reports its findings to NASA Headquarters. OPAG provides input to NASA but does not make recommendations.

OPAG is NASA's community-based forum designed to provide science input for planning and prioritizing outer planet exploration activities for the next several decades. It is chartered by NASA's Solar System Exploration Division and reports its findings at meetings of the Solar System Exploration Sub-Committee of the NASA Space Science Advisory Committee. Open to all interested scientists, OPAG regularly evaluates outer solar system exploration goals, objectives, investigations and required measurements on the basis of the widest possible community outreach.

NASA released "Community Announcement Regarding Europa Lander Instrument Investigation Program Element Appendix” on May 17, 2017 (see http://www.lpi.usra.edu/opag/announcements/). This announcement included a surprising statement regarding participation by JPL: "…the following organizations will be prohibited from submitting proposals in response to the PEA: the Jet Propulsion Laboratory (JPL), Cornell Technical Services (CTS), and Arctic Slope Regional Corporation. These organizations will provide substantial support to the development and execution of the PEA. In particular, JPL personnel will support the development of the AO and documents in the Program Library, assess the accommodation of proposed instrument investigations, provide technical support to teams during Step 2, and participate in site visits during the Step-2 evaluation.” The OPAG steering committee is concerned about the potential exclusion of JPL scientists and instrument technology experts who have spent decades preparing for a life-detection mission such as Europa Lander. We urge NASA to proceed in a way that does not increase risk to Europa Lander science by excluding key capabilities. We note that NASA has funded much highly relevant work at JPL via R&A programs and the Astrobiology Institute, and instrument technology development via MatISSE, PICASSO, COLDtech, and other programs. Excluding the knowledge gained from such efforts would be counterproductive.

The OPAG Steering Committee urges NASA to proceed with Europa Lander instrument and science team selections in a way that results in the best possible science return.

USRA/LPI is committed to providing a harassment-free experience for everyone regardless of gender, gender identity and expression, sexual orientation, disability, physical appearance, body size, age, race, religion, or other protected status. We do not tolerate harassment of meeting participants in any form. USRA/LPI expects that all participants will abide by this Code of Conduct, creating an environment free from harassment, discrimination, disruption, incivility, or violence of any kind. We expect participants to exercise consideration and respect in their speech and actions and refrain from demeaning, discriminatory, or harassing behavior. Report issues, concerns, or violations of this Code of Conduct directly to USRA/LPI management at USRA-LPI Meetings Code of Conduct. The full USRA/LPI Code of Conduct can be found here. 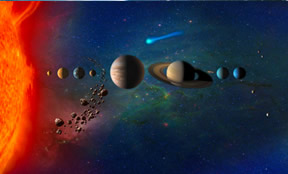 Scientific Goals for Exploration of the Outer Solar System 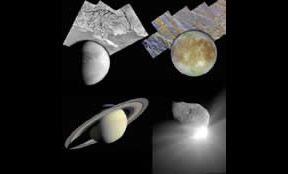 Scientific Goals and Pathways for Exploration of the Outer Solar System 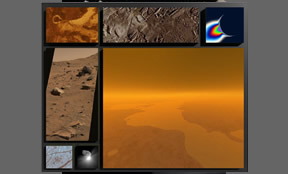