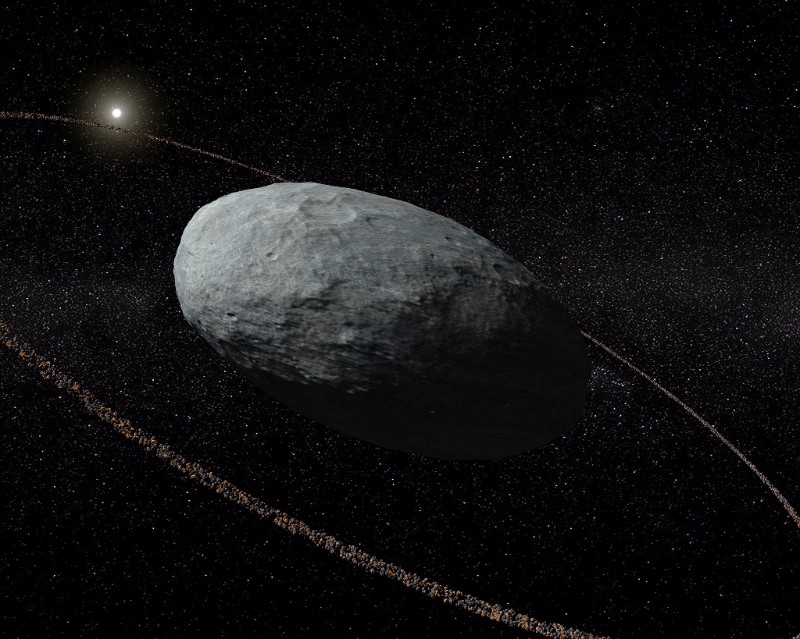 The dwarf planet Haumea is unusual in a number of ways: Haumea is the only known Kuiper Belt object to have its own ring. It has a highly elliptical shape, where the longest axis is at least twice the length of the shortest. This shape may be the result of its very high rotation rate—just 3.9 hours—the fastest rotating body yet identified in the Kuiper Belt. Another unusual property of Haumea is that the surface is dominated by water ice, while most of the Kuiper belt is not. Finally, Haumea is known to have at least two moons, one of which orbits in Haumea’s equatorial plane along with the ring. These unusual properties may be the result of a large oblique impact in the dwarf planet’s history, which could have spun up the dwarf planet, excavated the mass of the ring and moons, and resurfaced Haumea with ice from the interior. Read More