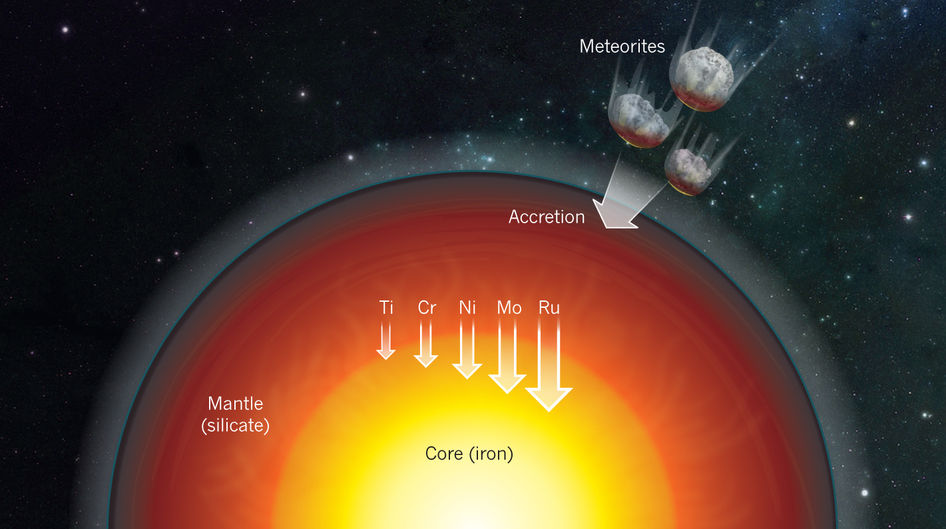 The idea that the Earth accreted a “late veneer” of material is largely driven by the observation that the mantle has an overabundance of siderophile (“iron-loving”) elements. If part of the original accreted Earth, such elements should have been sequestered into the Earth’s metallic core. Hidenori Genda and colleagues have modeled the fate of a differentiated, lunar-mass sized impactor of chondritic composition and trace how its core-loving elements are suspended within – and thus, enriching – the Earth’s mantle. READ MORE »