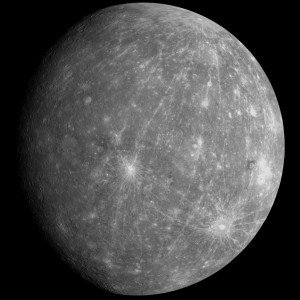 In an effort to compare the relative rates of landform evolution on the Moon and Mercury, Caleb Fassett of NASA’s Marshall Space Flight Center and his team measured the depth-to-diameter ratios of simple craters on the two objects. They focused on craters between 2.5 and 5 km in diameter that impacted into two comparable geological units of similar ages: the smooth plains of Mercury and the maria of the Moon. Results indicate that Mercury’s topography erodes at a rate at least twice that of the Moon. READ MORE »