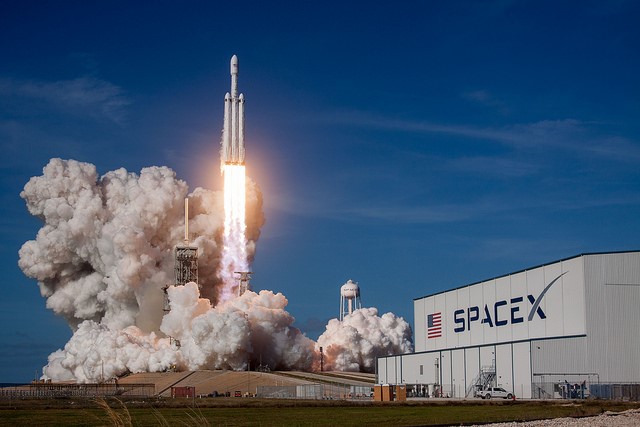 On February 6, SpaceX successfully performed their first test launch of the Falcon Heavy rocket. Not only is the Falcon Heavy able to launch the largest payload of any rocket since the Russian Energia of the 1980s.  It was developed with manned launches in mind, making it the first US-made rocket capable of sending humans into Trans-LEO space since the Saturn V. The test payload was an attention-grabbing Tesla Roadster, “piloted” by a dummy in a pressure suit and is projected to travel in solar orbit as far out as Ceres in the asteroid belt. In a spectacular display, SpaceX also demonstrated that the Falcon Heavy is partly reusable, with successful simultaneous landings of both side-booster rockets.

Learn more about the Falcon Heavy rocket from the manufacturer: http://www.spacex.com/falcon-heavy