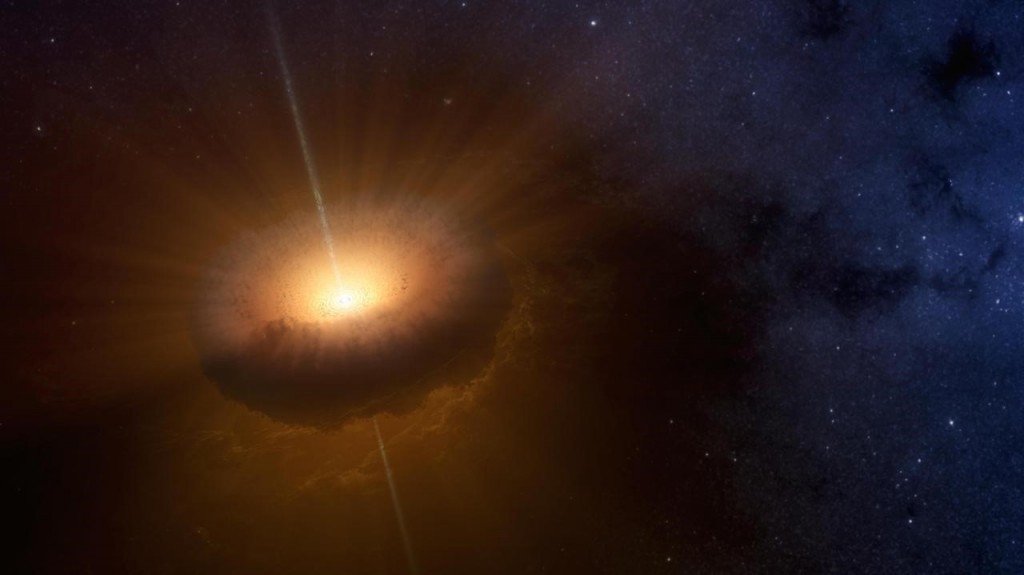 The current theory for the Moon’s origin is that it formed via a giant collision between the proto-Earth and a Mars-sized object. Although modelers agree that such a large impact can result in enough mass in Earth orbit to form the Moon, it has been hard to reconcile how the two bodies became so chemically similar during the event. A new model by Simon Lock of Harvard University and colleagues introduces a novel mechanism to solve this conundrum. A synestia is a donut-shaped structure formed by the impact that blurs the traditional divisions of mantle, atmosphere, and accretionary disk. In this environment, chemical exchange occurs throughout the structure for an extended period, allowing the compositional homogenization of the Earth and the Moon long after the initial impact.