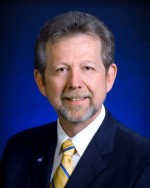 Acting NASA Administrator Robert Lightfoot has named the Science Mission Directorate’s Planetary Science Division Director Jim Green as the agency’s new chief scientist, effective May 1. He succeeds Gale Allen, who has served in an acting capacity since 2016 and will retire after more than 30 years of government service.

Green will represent the agency’s strategic science objectives and contributions to the national and international science communities. He also will serve as principal advisor to the NASA administrator and other senior officials on agency science programs, strategic planning, science policy, and the evaluation of related investments.

Green took on his current position as the director of the Planetary Science Division at NASA Headquarters in August 2006. During his 12 years in this role, he managed numerous successful missions from Mercury to Pluto that have ushered in a golden age of planetary exploration. These missions include: the Lunar Reconnaissance Orbiter; Mars rovers Spirit, Opportunity and Curiosity; and the New Horizons mission to Pluto and beyond. Currently, he is engaged in preparations and negotiations for a variety of future NASA science missions, such as the next Mars lander and rover, and the Europa Clipper, as well as missions with international partners.

With Green’s departure from the Planetary Science Division, Thomas Zurbuchen, associate administrator of NASA’s Science Mission Directorate, has named Lori Glaze to the position of acting director. Since 2017, Glaze has served as the chief of the Planetary Geology, Geophysics and Geochemistry Laboratory at Goddard Space Flight Center in Greenbelt, Maryland. Prior to that, she served as the deputy director of Goddard’s Solar System Exploration Division.

For more information about NASA’s programs, missions, and activities, visit: