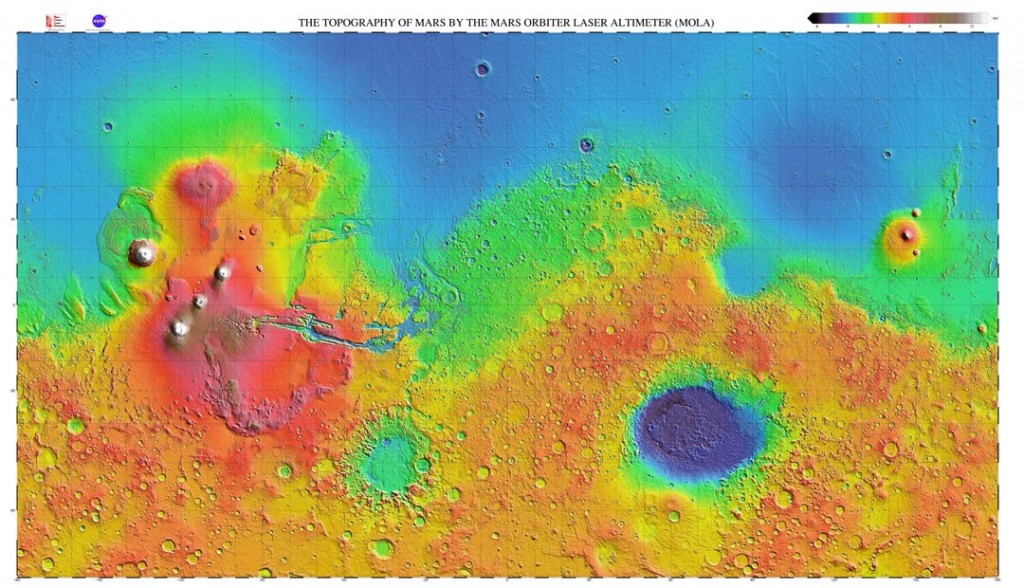 The result of collaboration between researchers at UC Berkeley, USA and the Institute of Earth Sciences, Taiwan suggests a two-stage process to explain the martian crustal dichotomy. The dichotomy is a 5-km elevation difference between the northern and southern hemispheres of Mars, associated with a 26-km difference in crustal thickness. The authors propose a hybrid model, in which a giant impact not only excavated the northern hemisphere of Mars (Borealis basin) but also produced an antipodal superplume in the Martian mantle that resulted in extra thickening of the crust in the southern hemisphere.

A hybrid origin of the Martian crustal dichotomy: Degree-1 convection antipodal to a giant impact