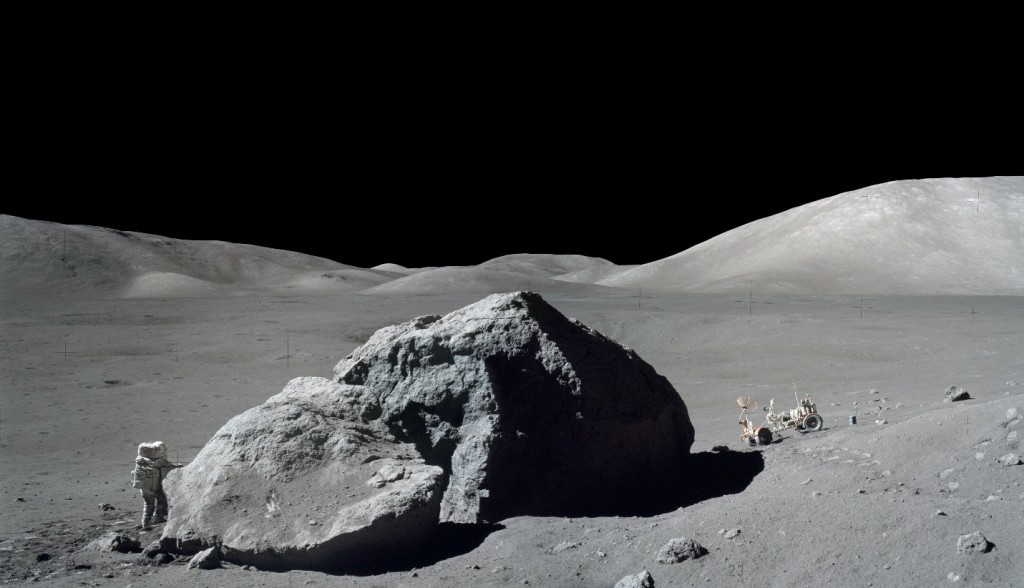 Last December marked the 45th anniversary of Apollo 17 and the last footsteps on the Moon. In March, planetary scientists from around the world came together during the Lunar and Planetary Science Conference to celebrate this anniversary with three of the people who made it happen: Gerry Griffin (Apollo 17 flight director), Harrison Schmitt (Apollo 17 astronaut), and Jim Head (Apollo 17 Mission Control backroom science team). Apollo 17 provided crucial insights into the volcanic, tectonic, and bombardment history of the Moon.  A video recording of that event can be watched here.

By combining the Apollo data with new data from robotic missions, such as the Lunar Reconnaissance Orbiter, we can get a sense of the awe and wonder experienced by the Apollo 17 astronauts through this interactive mission reconstruction:
Apollo 17 in Real-time Mission Experience