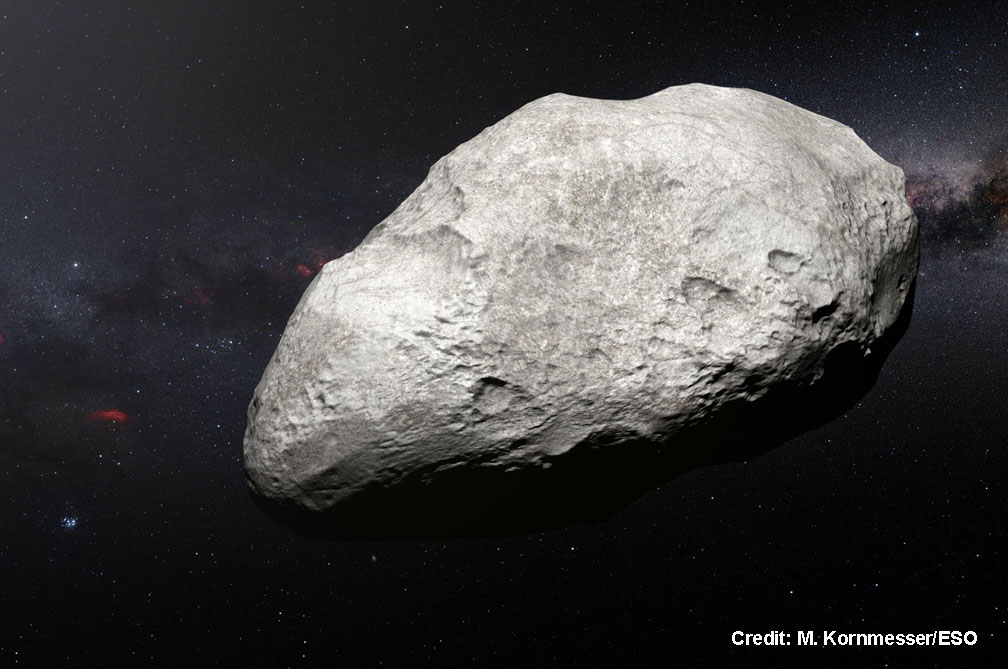 This artist’s impression shows the exiled asteroid 2004 EW95, the first carbon-rich asteroid confirmed to exist in the Kuiper Belt and a relic of the primordial Solar System. This curious object likely formed in the asteroid belt between Mars and Jupiter and must have been transported billions of kilometres from its origin to its current home in the Kuiper Belt.