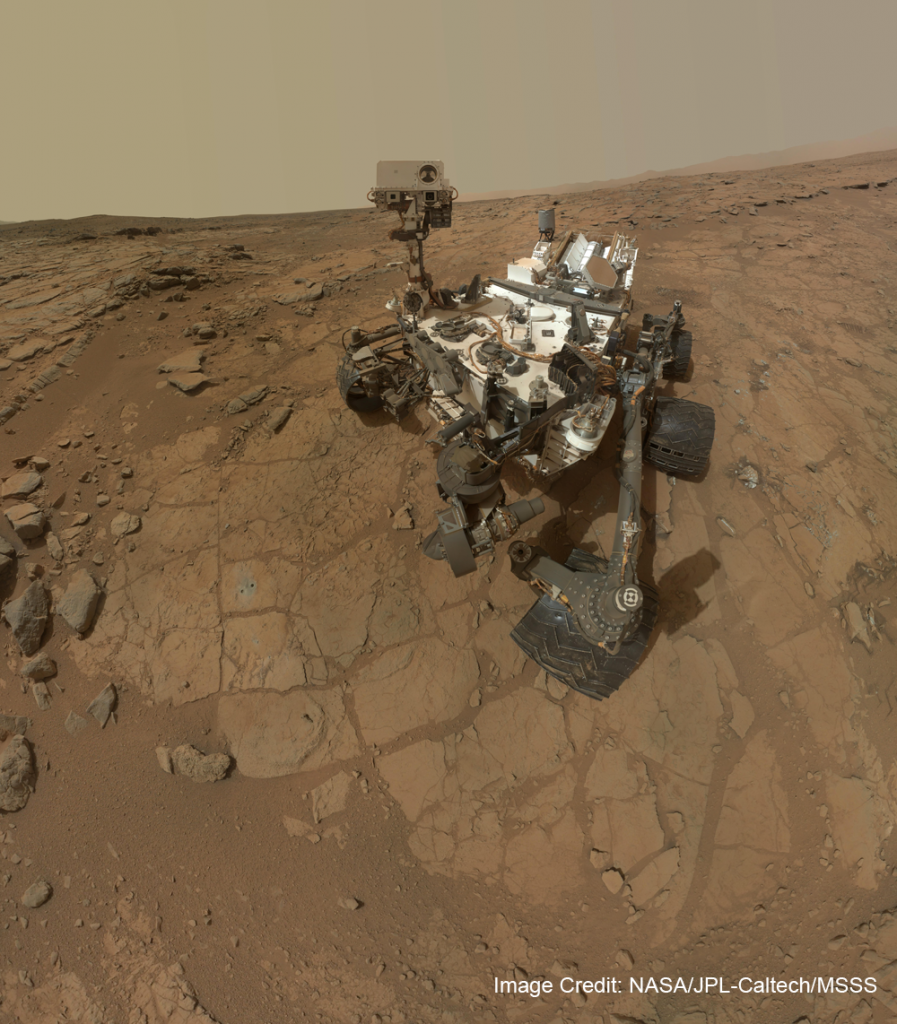 Scientists working with the Mars Science Laboratory, better known as the Curiosity rover, have discovered a wide range of organic molecules preserved in an ancient mudstone in Gale crater, Mars. This is the first time that organic molecules have been confidently detected on the Martian surface, and is remarkable for the variety and complexity of the molecules detected. Although not proof for life on Mars, as there are a number of abiogenic mechanisms that could generate these organics, it does indicate a paleo environment that may have been able to support life, and it demonstrates that organic molecules can be preserved even in the harsh environment of the Martian surface.