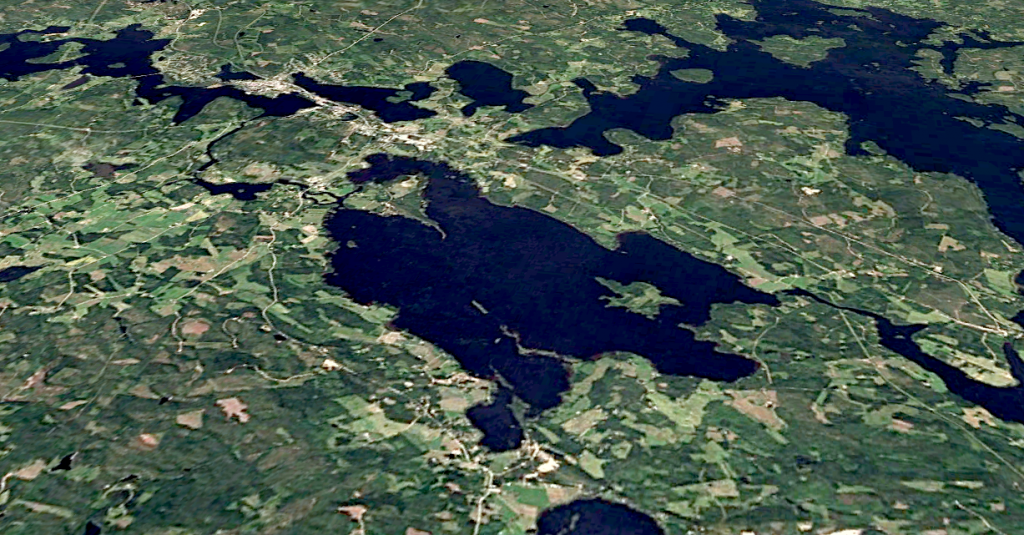 A detailed geologic study of bedrock and glacial boulders in the area around Lake Summanen in central Finland revealed the presence of shock metamorphic features, such as shatter cones and shocked quartz. This is evidence that the lake covers a previously unidentified meteorite impact structure of unknown age, the twelfth in Finland and the 190th worldwide.