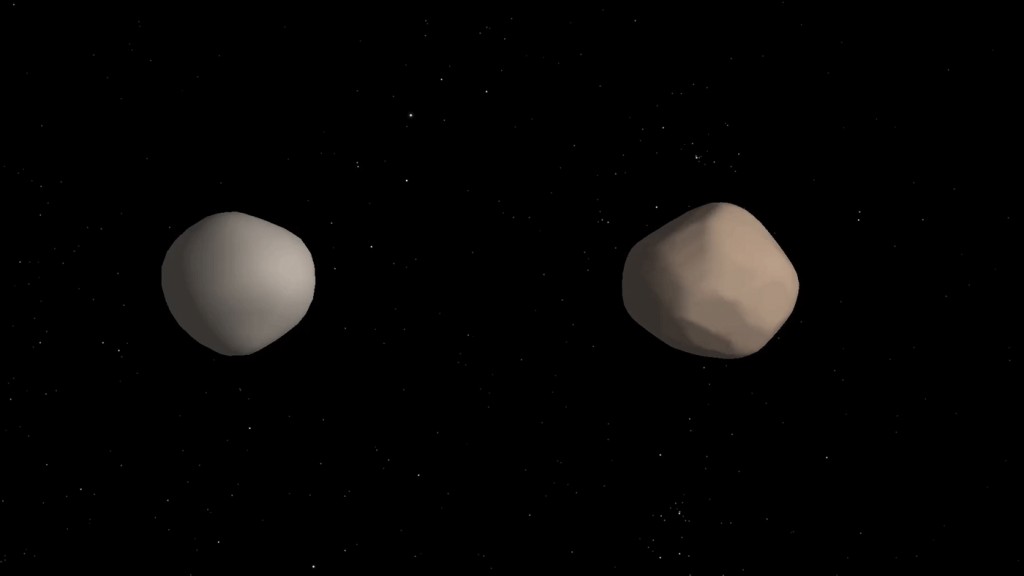 Radar observations with the Arecibo 305-meter, the Green Bank 100-meter, and Goldstone 70-meter diameter radio telescopes revealed that near-Earth asteroid 2017 YE5 is actually two bodies of roughly the same size in mutual orbit about each other. Each body is about 900 meters (3000 feet) in diameter, and they orbit each other every 20-24 hours. This is only the fourth so-called “equal mass” binary system found among the near-Earth asteroid population. The radar images obtained in late June are the most detailed ever of this type of binary system and will be invaluable to understanding the dynamics of formation and evolution of such systems. 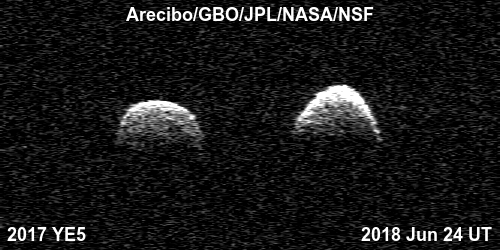 Shown is one of the best radar images of the 2017 YE5 binary asteroid system. The radar image was created by having Arecibo transmit a signal that bounced off the asteroids, and the echo was received with the Green Bank Telescope in West Virginia. These radar images are different from typical photographs in that the vertical dimension is distance (7.5 meters/25 feet per pixel in this case), while the horizontal dimension is Doppler frequency (0.01 Hz per pixel) rather than a physical measure of distance. The radar image clearly shows the two asteroids are separate and have somewhat different shapes: the one on the left appears more rounded than the one on the right, but they have very similar overall sizes. READ MORE »