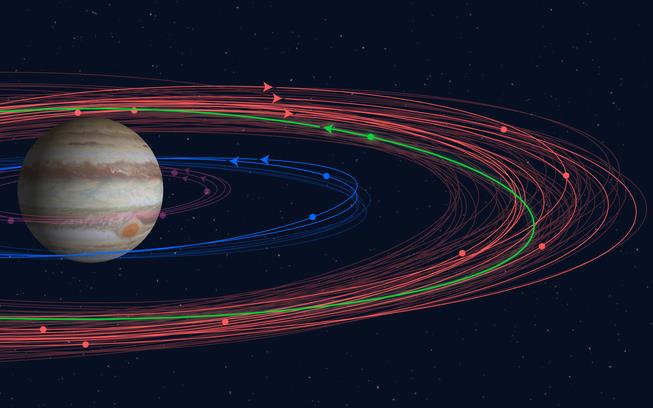 Recently announced observations have discovered 12 new moons orbiting the biggest planet in our solar system. These moons range in size from 1 km (0.6 miles) to 3 km (1.9 miles), and one of them is on a collision course with Jupiter. The observations were mostly made on the 4-meter (13-foot) aperture Tololo Inter-American in Chile telescope. This newly discovered group of satellites extends the number of moons of Jupiter to 79, 17 more than Saturn. READ MORE »