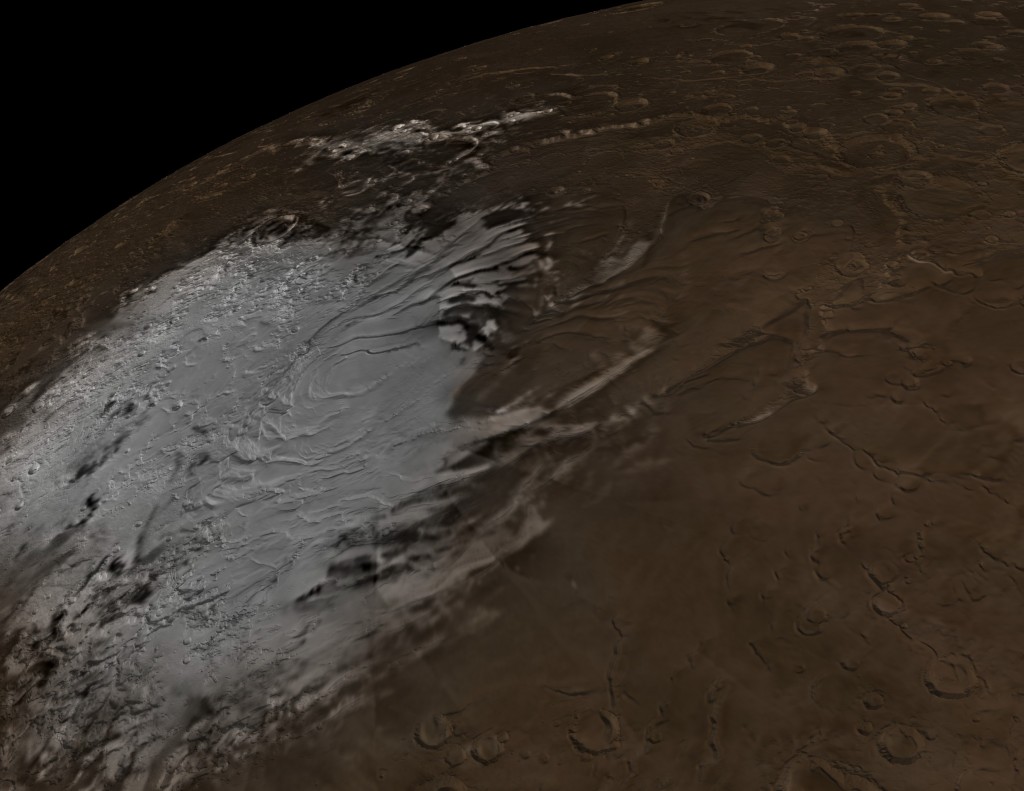 A new article, published in the journal Science this past Wednesday, reports the results of a radar study years in the making of the Mars south polar cap — the detection of a roughly 20-km-wide lake, 1.5 km below the surface. The Mars Express spacecraft, run by the European Space Agency, has been using a radar instrument to study Mars since shortly after its arrival at the red planet back in December of 2003. The new study reflects a successful change to spacecraft onboard data processing that allowed a more consistent detection of the sub-glacial lake, which acts as a strong sub-surface reflector in the radar signal. This is truly exciting news in the ongoing search for Martian life — on Earth, anywhere liquid water can be found there is almost always life living in it. READ MORE »