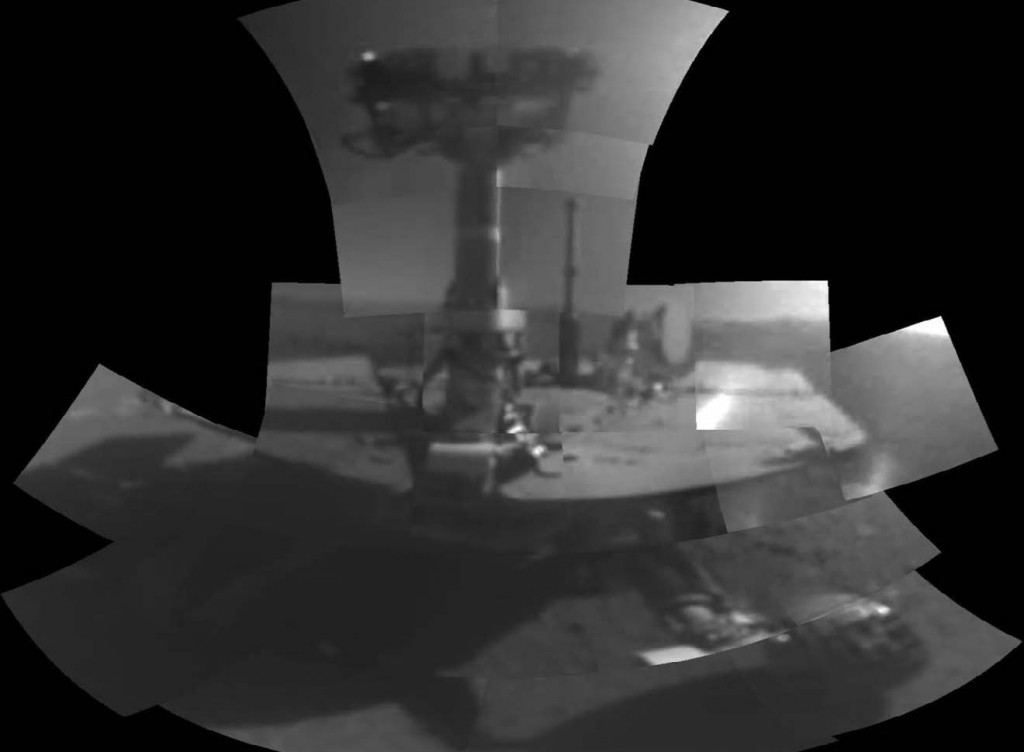 Launched back in 2003, the Mars Exploration Rover named Opportunity has been exploring the surface of the Red Planet for almost 15 years. This is a remarkable achievement, given that Opportunity was guaranteed to last only three months. One factor that permitted the extended mission was the rover’s energy source — solar arrays — which have operated far past the original mission expectation. Unfortunately, dust on the solar arrays blocks the sunlight and reduces their power output. This has happened many times during the mission, but the arrays have been cleaned by Martian dust devils. However, the recent global dust storm dusted Opportunity’s solar arrays to the point that the rover shut down due to a low power fault. Now that the dust storm is abating, mission scientists at the Jet Propulsion Lab in California are anxiously awaiting a response from the rover, hoping that the long cold the rover experienced during the storm hasn’t shut it down permanently. Read more about the rover, including the latest mission updates, here.