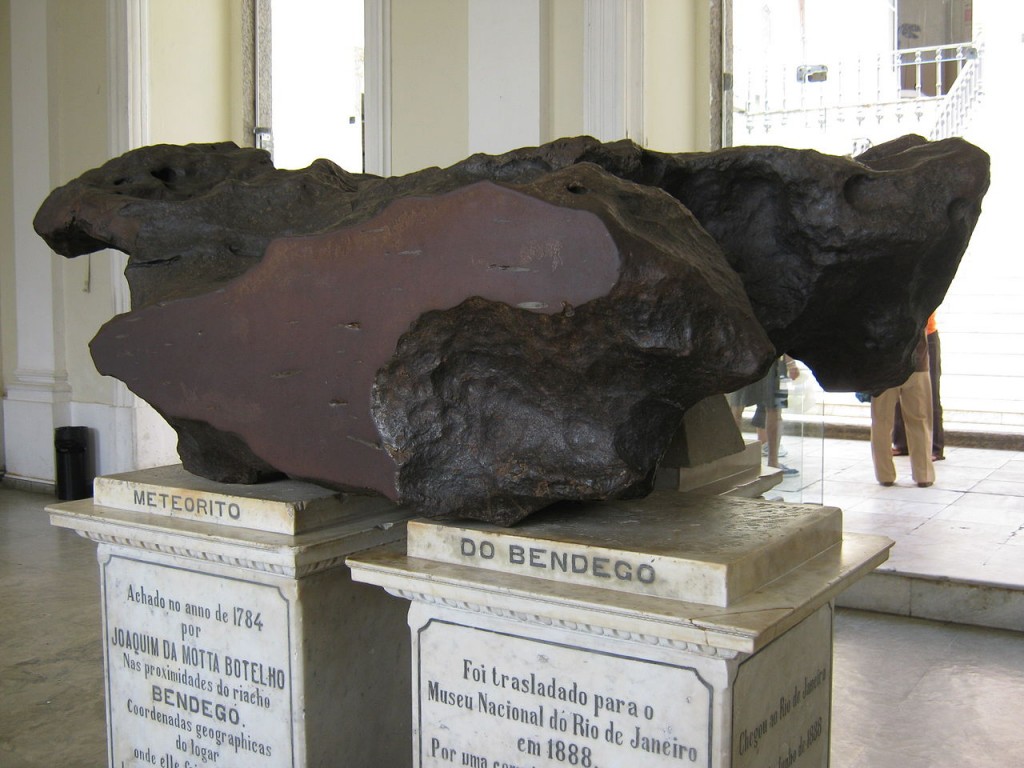 A devastating fire blazed through the National Museum of Brazil on September 2. Many, if not most, of the 20 million artifacts in the museum’s collections have been destroyed. One of the few objects left unscathed is the largest iron-nickel meteorite ever found in Brazil. Over 2 meters in length and weighing a massive 5.8 tons, the Bendegó meteorite was discovered by a young cattle farmer in 1784. Temperatures in the burning museum building did not get high enough to melt the metals within Bendegó, which had already survived approximately 3000 °F temperatures during Earth entry.