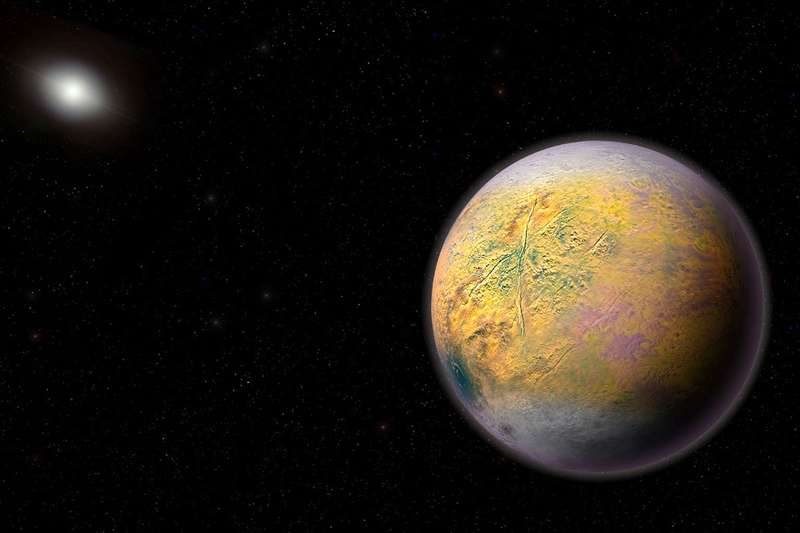 The continued search for a hypothetical planet-sized object beyond the orbit of Pluto got closer to success this week with the discovery of a new dwarf planet. This object, 2015 TG387 and informally called The Goblin, is about 80 Astronomical Units (AU) away from the sun, where an AU is the distance from the Earth to the Sun.  The Goblin’s discoverers put its size at approximately 300 km in size; Pluto is much larger at approximately 2,400 km in diameter. The Goblin’s orbit is elliptical; its closest approach to the sun is 65 AU (for comparison, Neptune orbits the sun at 30 AU), and as far out as 2300 AU. Models of The Goblin’s orbit and its evolution suggest that there must be a large body, potentially a new large planet, which disturbs the observed orbit. READ MORE