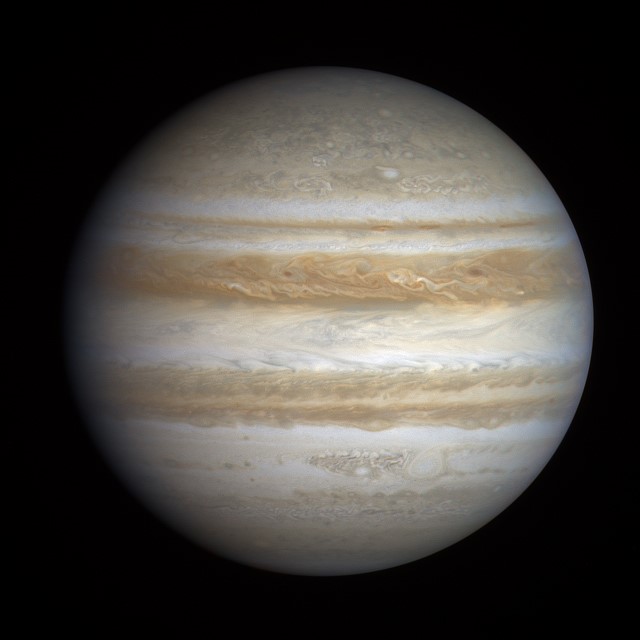 Jupiter radiates more internal energy than previously thought because it gets less energy from the sun than earlier estimates. All planets get energy from the sun; some is absorbed, and the rest reflects back to space. Scientists quantify this as the “Bond albedo” (or reflectivity), which is the ratio of reflected solar energy and the total incoming solar energy. For the giant planets, knowing the Bond albedo is crucial for understanding their energy budgets — especially how much heat is generated inside. Based on measurements made during Cassini’s flyby of Jupiter in 2000-2001, Jupiter’s albedo has recently been revised upwards significantly, from about a third (0.34 ± 0.03), to about a half (0.50 ± 0.01), meaning that half of the solar energy that hits Jupiter reflects off. In turn this means that Jupiter is generating far more heat inside than previously estimated: 7.48 ± 0.16 W/m2, compared to the old estimate of 5.44 ± 0.42 W/m2. This higher value for Jupiter’s internal heat production is not consistent with earlier models of the planet’s formation and evolution, and opens the door for a better understanding of gas giant planets in our solar system and in other solar systems.  READ MORE