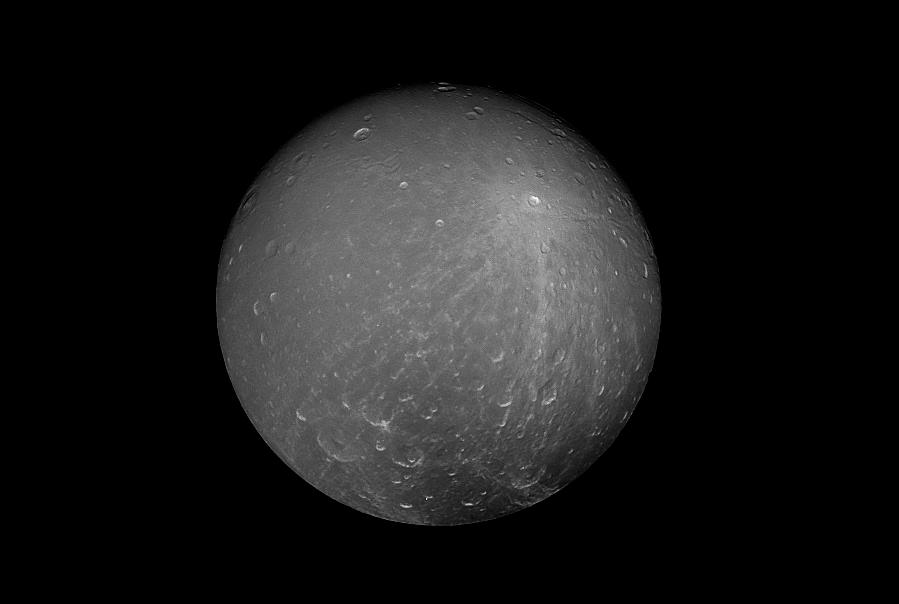 A new study of Saturn’s moons Dione and Rhea, using images from the Cassini spacecraft, has revealed unusual linear features on their surfaces. The features are generally long, narrow, and brighter than the surrounding surface. They crosscut all other structures, implying that they are among the youngest features on the moons. The study names these features “linear virgae” and explores the different possible ways they could have formed. For Dione, results suggest that the “linear virgae” represent infall of debris onto the moon’s surface; the debris could be from Saturn’s rings, other kinds of dust orbiting Saturn, or material from Dione’s co-orbital moons Helene and Polydeuces. READ MORE »