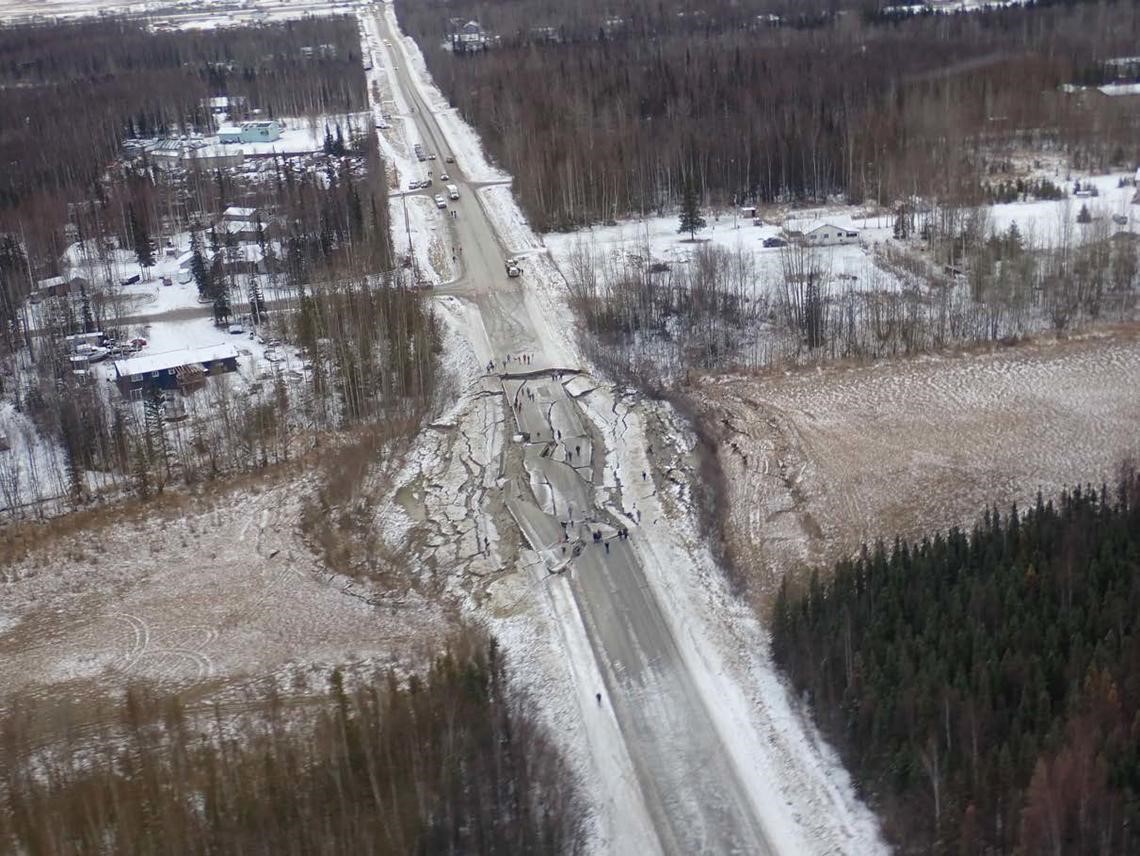 Disrupted road near Wasilla, Alaska as a result of liquefaction of lowlands filled with sediment, silt, or sand. Image credit: Rob Witter/USGS

On November 30, 2018, a magnitude 7.0 earthquake occurred near Anchorage as the result of normal faulting at an estimated depth of 40 km. The earthquake was caused by rupture in the Alaska-Aleutian subduction zone, where the Pacific plate is moving towards the northwest with respect to the North American plate at about 57 mm/yr, subducting beneath Alaska. The location and mechanism of the earthquake suggest that rupture occurred on a fault within the subducting Pacific slab, rather than on the shallower boundary between the Pacific and North American plates.

The USGS is leading post-earthquake surveys and investigations which will contribute to the understanding of earthquake hazards as well as planning for, response to, and recovery from large earthquakes. As of December 3, 170 aftershocks of magnitude 3 or above have been recorded since the mainshock, but their frequency will decrease over time. Large earthquakes can start landslides, and cause liquefaction, a process where loosely packed, water-logged sediments lose their strength and flow. Both landslides and liquefaction can cause severe damage to infrastructure. Seismic waves generated by earthquakes allow scientist to study and better understand the Earth’s interior. Although Earth shows abundant earthquakes because of its active tectonics, quakes do occur on the Moon and other planets. The seismic instrument on InSight, which just recently landed successfully on Mars, aims to study the martian interior by recording seismic activity.