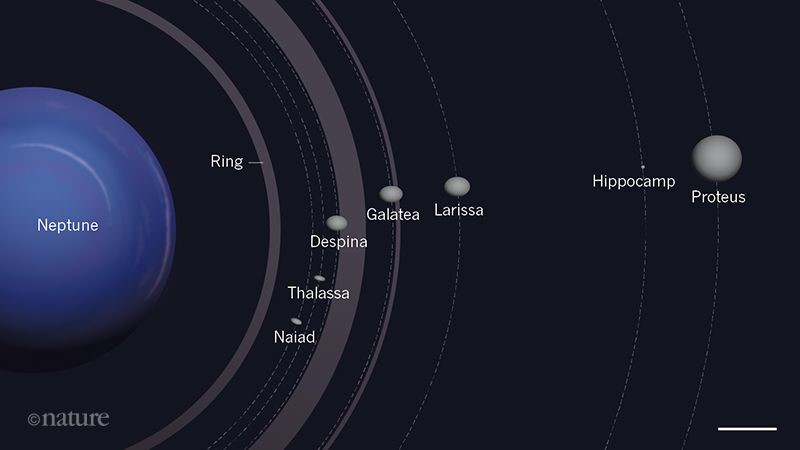 In addition to the six inner moons of Neptune, which were detected in 1989 by the NASA spacecraft Voyager 2, a seventh moon, Hippocamp, has been discovered by Mark Showalter and colleagues. The newly discovered moon has a radius of approximately 17 kilometers and is therefore smaller than the other six. Hippocamp orbits Neptune just inside the orbit of Proteus, the planet’s second largest moon. The little moon may be an ancient fragment of Proteus, suggesting that these satellites have been affected by numerous impacts. Hippocamp was found during reanalysis of images taken by NASA’s Hubble Space Telescope in 2004-2005 and 2009, and then confirmed in further images captured in 2016. It eluded detection until Showalter et al. implemented a specialized image-processing technique that is capable of enhancing the sensitivity of Hubble’s cameras. After a comprehensive search using this technique, the authors exclude the existence of any further moons larger than 24 kilometers in diameter, that are interior to the orbit of Proteus. READ MORE »