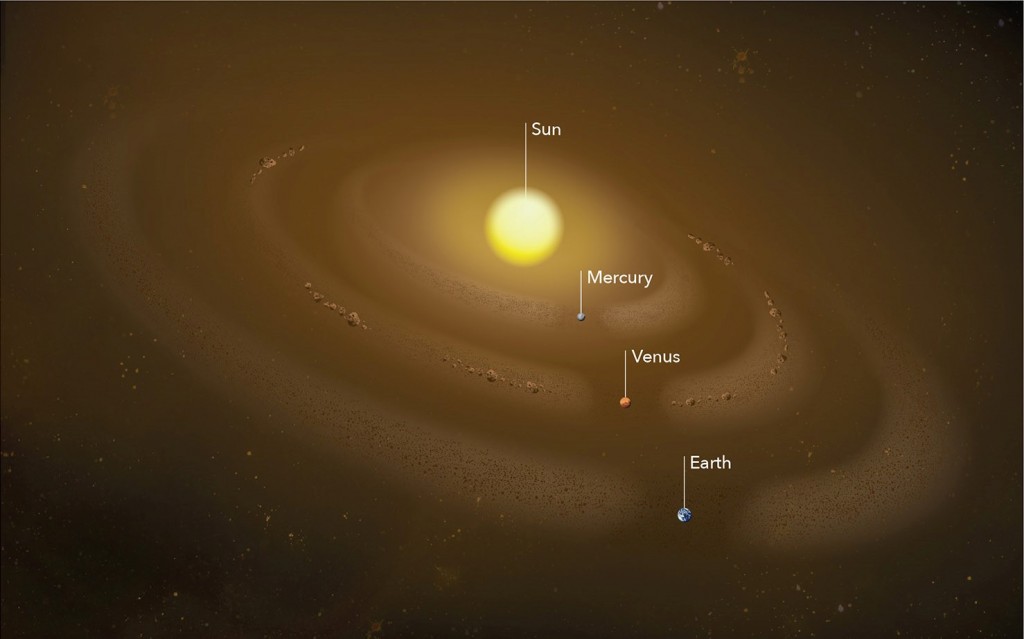 In case you missed it, two teams recently reported findings related to dust rings in the inner solar system. The first, led by scientists at the Naval Research Laboratory in Washington, DC, detailed a haze of cosmic dust forming a 9.3-million-mile-wide ring in the orbit of Mercury. This discovery came as a surprise because it was thought that the Sun’s gravity and heat would sweep up and/or vaporize nearby dust. The second study, building on a previous discovery of a much larger dust ring in Venus’ orbit, was conducted to identify the possible origins of Venus’ dust ring. Unlike the Earth’s dust ring, which is thought to have formed from dust spiraling inward from the asteroid belt, this study suggests that the dust ring around Venus may have formed by collisions among an as-yet unidentified family of asteroids sharing Venus’ orbit. A new family of asteroids could provide crucial information about the formation of our solar system, so let the hunt begin! READ MORE »