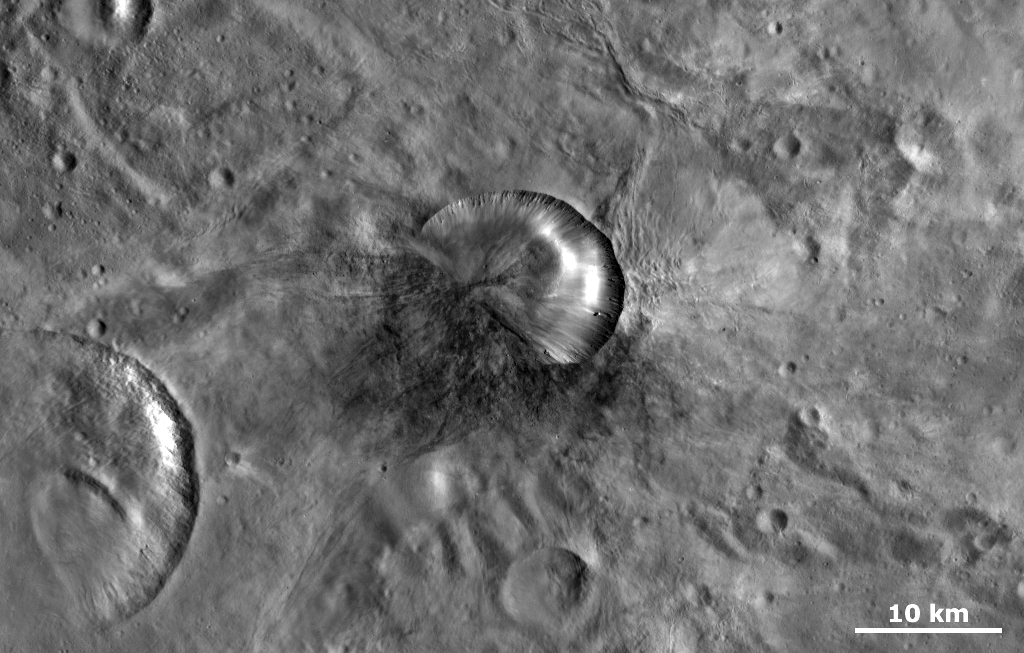 The Antonia impact crater on Vesta, 17 km in diameter, may be the source crater of the Sariçiçek howardite that fell in Turkey recently. Image: NASA/JPL-Caltech/UCLA/MPS/DLR/IDA, Dawn Mission.

The Sariçiçek meteorite, that fell in Turkey on September 2, 2015, is a howardite – a fragment of the regolith (or soil) of the asteroid 4 Vesta (recently studied by the Dawn spacecraft). Sariçiçek is the first fully documented howardite fall with enough images and video of its meteor trace to determine its orbit.  This new study of the Sariçiçek howardite, led by Ozan Unsalan at Ege University, presents evidence that the meteorite records magmatic processes as far back as 4.55 billion years ago and repeated impacts before it was launched into an Earth-crossing orbit some 22 million years ago. The Antonia impact crater on Vesta, also about 22 million years old, appears to be the likely source crater of the meteorite. READ MORE