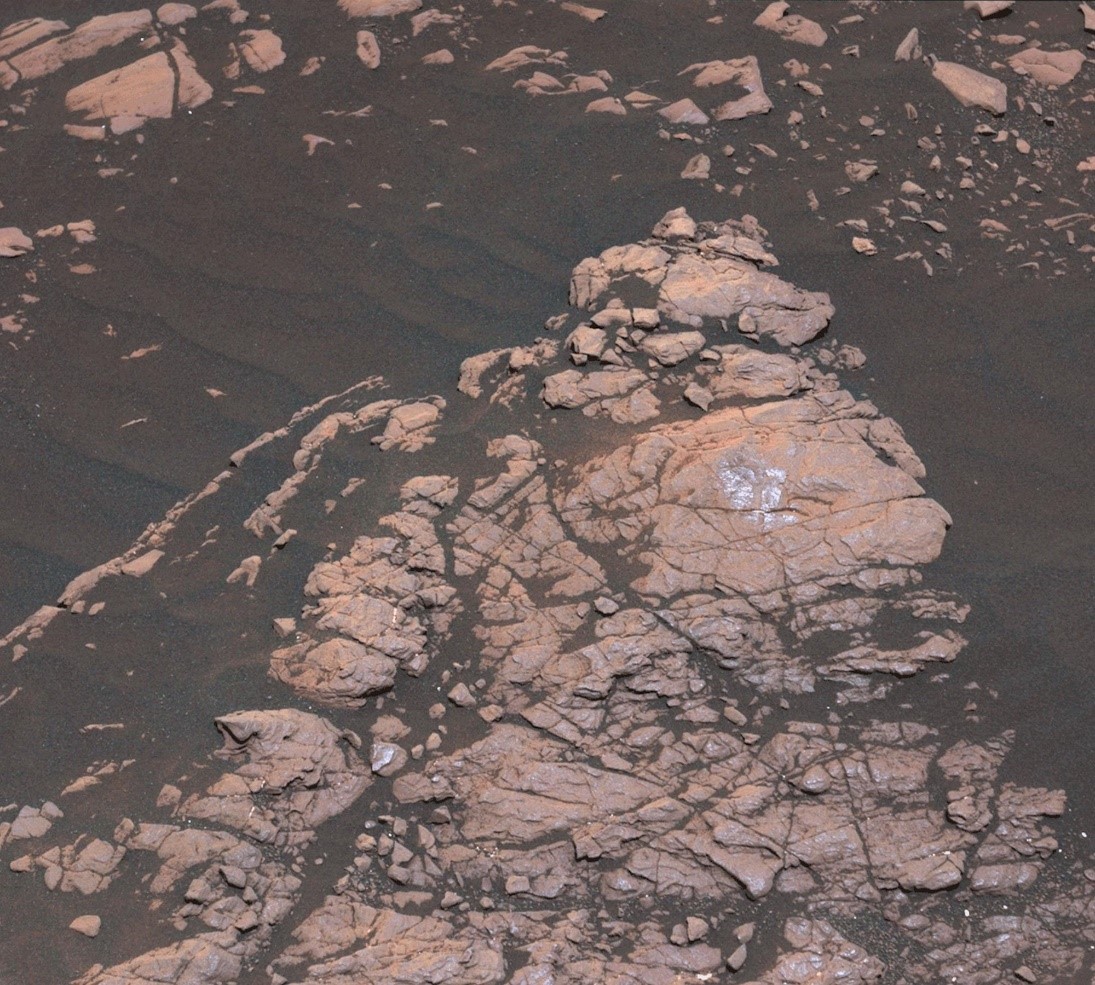 The Curiosity rover just obtained the first sample of the geologic feature that motivated the mission in the first place — the clay-bearing unit on the slopes of Aeolis Mons (informally called Mount Sharp). Curiosity arrived on Mars back in 2012, but it took several years for the rover to drive to the geologic features that most interested planetary scientists. Foremost among these features is the clay-bearing unit, which initially was detected by orbital spectroscopy. Scientists are interested in the clay because clays generally form in long-sustained environments with abundant water. They, therefore, represent important indicators for past habitable environments — places where life as we know it, if it existed on Mars, may once have thrived. The sample will be analyzed using several of the geochemistry instruments on Curiosity. Knowing precisely which clay is present in the clay-bearing unit will tell investigators a great deal about the environment it formed in, helping us understand the geology of the area and the early climate of Mars. This drill sample represents a major milestone in the exploration of the history of Gale crater. Several additional samples from the clay-bearing unit are planned over the coming year. READ MORE