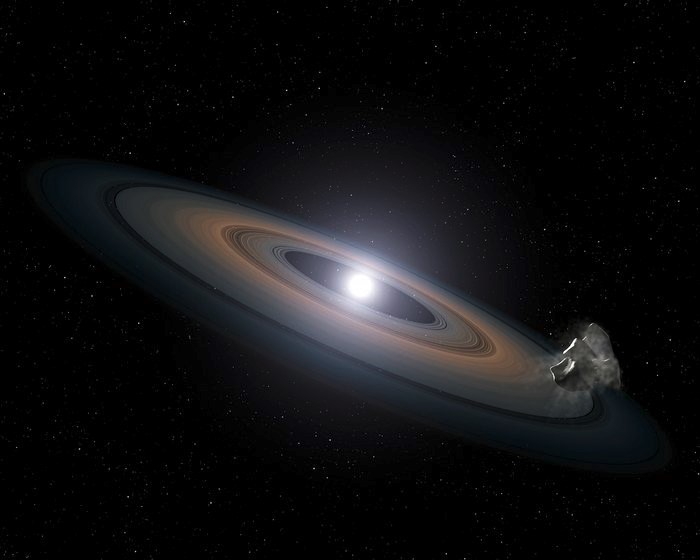 Have you ever wondered what could be the fate of our solar system? The majority of sun-like stars end their lives as white dwarfs, a stellar core remnant that is left after a star runs out of hydrogen fuel and blows out its outer shells of gas. Planets orbiting near a star usually do not survive the destructive death of the star. However, the rare discovery of an intact small planetary body still orbiting close to the white dwarf SDSS J1228+1040 shows that at least some planetary relics can be preserved.

Astronomers led by Christopher Manser at the University of Warwick, United Kingdom, observed the debris disk surrounding this white dwarf, which is approximately 400 light-years away, and found periodic shifts in emission lines. Using numerical simulations, the authors show that the most likely explanation for the spectral shifts is a low-mass planet orbiting within the disc almost 300 times closer than Earth orbits the sun. To avoid being disrupted by tidal forces, the planetesimal must be unusually small and dense and could possibly be the iron core of a formerly differentiated larger planet whose outer layers have been stripped away. Studying this relic can therefore provide the opportunity for scientists to better understand the composition and interior of planets. READ MORE