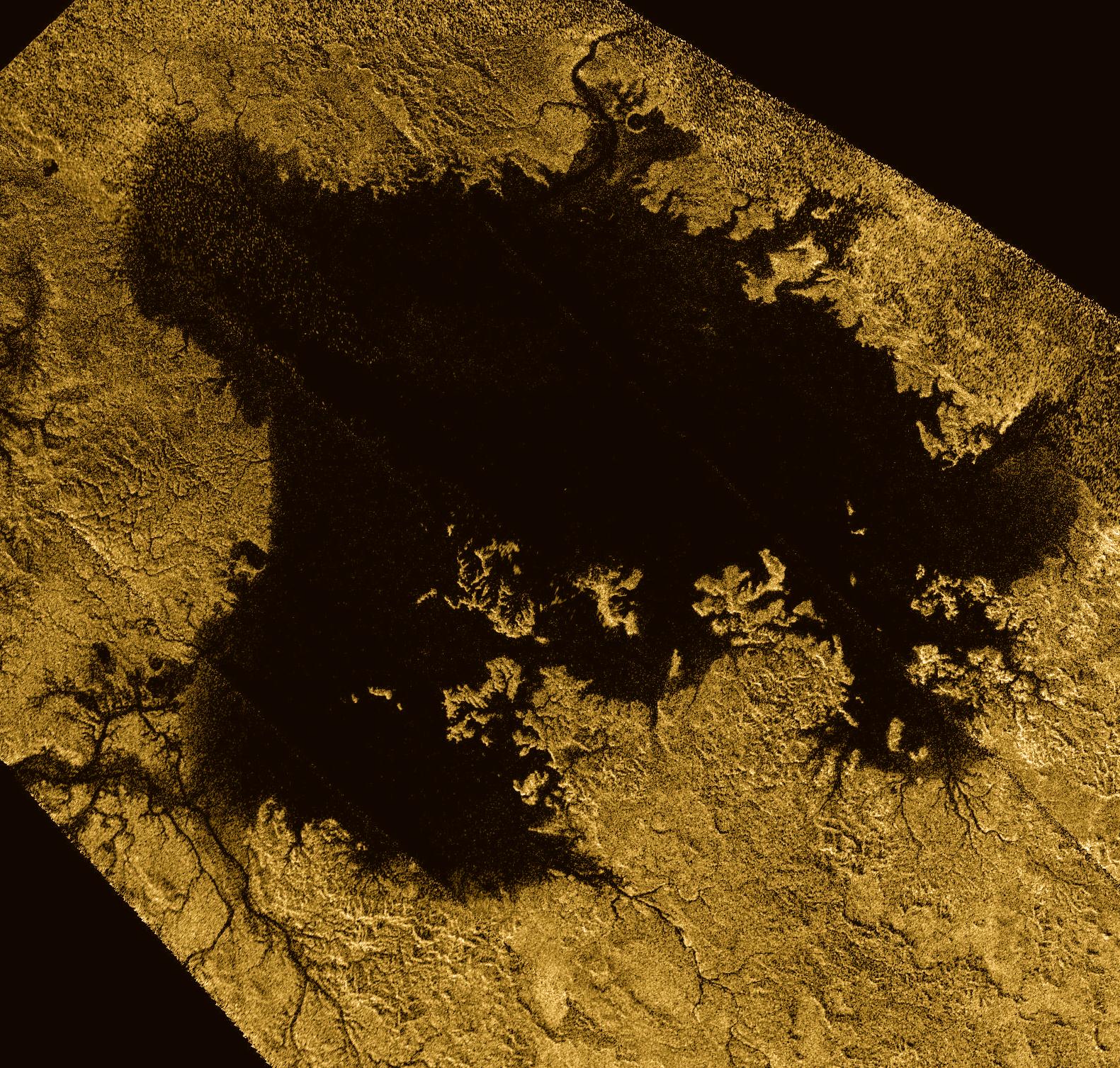 During its 13-year tour of the Saturnian system (2004–2017), a multimode radar instrument onboard the Cassini spacecraft has mapped hundreds of lakes and three large seas on Titan’s northern hemisphere. Unlike Earth’s lakes, those on Titan are filled with liquid hydrocarbons, mostly ethane and methane (which are gases at Earth surface temperatures). During its close encounter with Titan in April 2017, Cassini used its radar in “sounder” mode to probe the depths of the northern lakes. Analyses of these new results show that some lakes are deeper than 100 meters, and that they are filled mostly with liquid methane. The only major lake in Titan’s southern hemisphere, Ontario Lacus, if filled with ethane-rich liquid. This contrast in composition (and elevation) between the northern and southern lakes provides evidence for an active “hydrologic” cycle on Titan. READ MORE