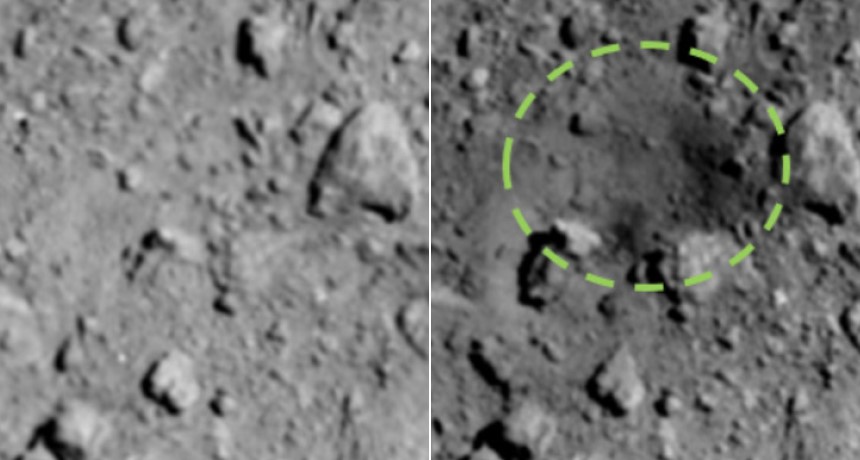 On April 25, Japan’s space agency (JAXA) confirmed that Hayabusa2 successfully created an artificial crater on asteroid Ryugu. Three weeks earlier, JAXA separated the SCI (Small Carry-on Impactor) from the spacecraft, a two-kilogram projectile to be blasted at the asteroid. After the projectile’s deployment, Hayabusa2 flew to the other side of the asteroid avoiding any debris that might have been ejected as the projectile hit the asteroid’s surface. While the size and depth of the crater are currently being analyzed, the area affected by the impact (~ 20 meters) seems to be bigger than the team had expected. The Hayabusa2 team aims to use the spacecraft to pick up a sample of asteroid dust from the inside of the crater and return it to Earth in 2020 together with the surface sample obtained in February. A comparison of the two dust samples may help understand Ryugu’s history, such as whether it contains water or preserved organic materials.