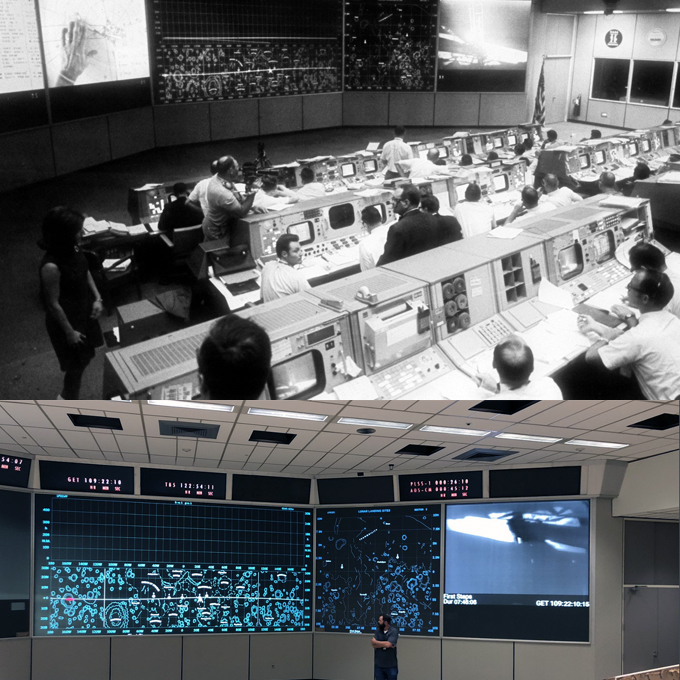 The NASA Johnson Space Center is home to the historic Apollo Mission Control Center (MCC). Here, NASA’s flight control team accomplished one of the most significant achievements in human history — landing an astronaut on the Moon. The MCC was named a National Historic Landmark in 1985, but 30+ years of unlimited visitor access and declining budgets have resulted in the deterioration of its condition. By the 50th anniversary of the Apollo 11 mission, however, visitors will be transported back to 1969 via an immersive audio-visual experience, complete with an MCC fully restored to its Apollo-era look (down to the pencils and coffee cups found on each console)!