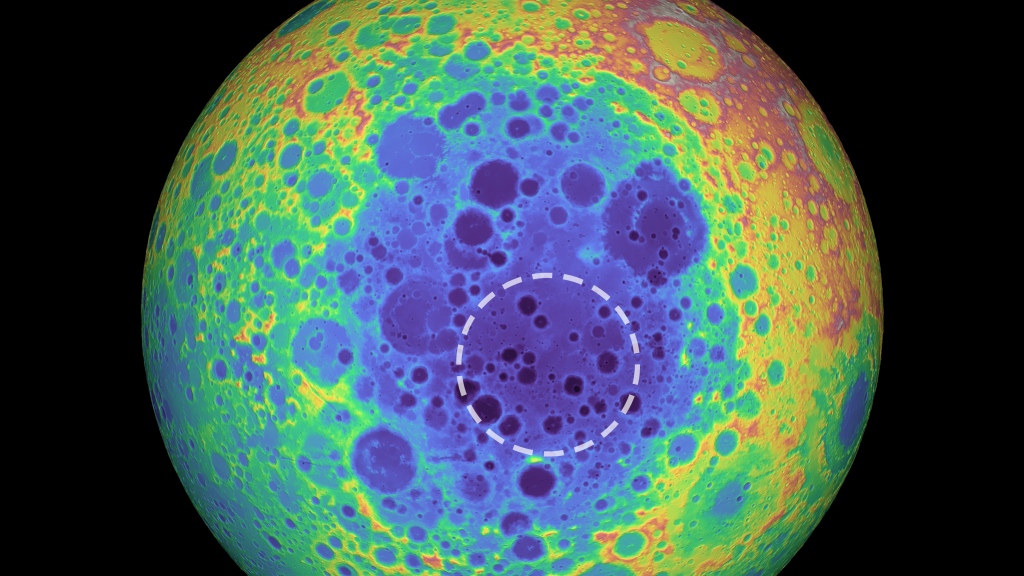 A topographical map of the far side of the moon shows the South Pole-Aitken basin in blue shades and the mass anomaly studied in the new research within the dashed line. Image credit: NASA/Goddard Space Flight Center/University of Arizona.

The South Pole-Aitken (SP-A) basin is the largest impact feature on the Moon, 2500 kilometers in diameter and 13 kilometers deep. Observations made by NASA’s Gravity Recovery and Interior Laboratory (GRAIL) mission reveal that SP-A contains a high-density region in the southern portion of the basin that is 600 km across and totals at least 2.2 × 1018 kilograms. This structure likely extends to depths of at least 300 kilometers below the lunar surface. The shape and size of the gravity anomaly indicate that it is unlike the uplifted mantle present at lunar “mascons” such as Mare Imbrium. Instead, James et al. suggest that the dense material is either related to the impactor that formed the SP-A basin or a remnant of magma ocean crystallization. READ MORE