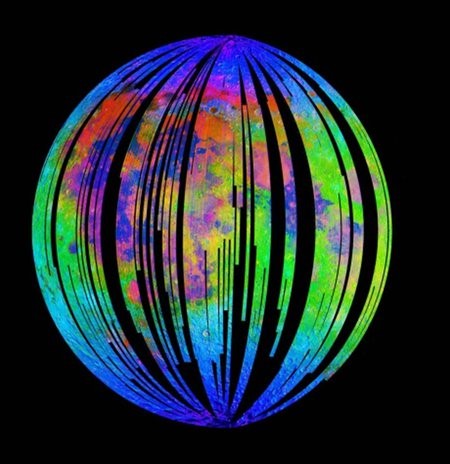 Map of water and hydroxyl on the lunar surface, obtained by the M3 instrument onboard the Chandrayaan-1 spacecraft. Credit: ISRO/NASA/JPL-Caltech/Brown University/USGS

Three mission concepts proposed to NASA’s Small Innovative Missions for Planetary Exploration (SIMPLEx) program have been selected to receive funding for further development. The proposed spacecraft are all satellites weighing less than 180 kilograms that will launch with other NASA missions or commercial spacecraft. The three finalist missions are: Lunar Trailblazer (PI: Bethany Elhmann), which will map water on the lunar surface and how it relates to lunar geology; Janus: Reconnaissance Missions to Binary Asteroids (PI: Daniel Scheeres), which will study the evolution of small, rubble pile asteroids like Bennu and model the formation of binary asteroids; and Escape and Plasma Acceleration and Dynamics Explorers (EscaPADE) (PI: Robert Lillis), which will study the escape and reaction to solar wind of Mars’ atmosphere.